Given the ongoing cost and complexity of the licensing regime for accountants, one consultant believes the government may have to review and restructure the regime in a few years, in order to address some of the industry’s concerns.

Various industry consultants, including licensing specialists, believe that the current structure of the licensing regime for accountants will, in the long-term, be revised.

“A lot of accountants still aren't licensed and I don't think they’re going to be at this stage if they haven't put in for their licence. I think a lot of them are going to try and keep going as they are and just hope that ASIC doesn't pick them up,” said Mr Agland.

While some of the dealer groups providing licensing offers to accountants have been successful, there have been lots that haven’t, he said.

“The solution doesn't suit accountants and I think in two or three years' time it's going to have to be reviewed because it's not working and it's not going to work. Trying to push accountants into the licensing system was the wrong way to do it,” said Mr Agland.

“It was always going to be a problem and I think it's going to continue to be a problem for accountants. I think you'll see the odd [case] of ASIC stopping an accountant, and doing cold calling and finding out that they're breaching the rules, but I think in a couple of years’ time we'll be back to looking at the issue again.”

Instead of having accountants licensed which is a complicated process; Mr Agland said an alternative model could be to register SMSF accountants with a body such as the Tax Practitioners Board.

“They could also do the same with financial advisers and separate them from their licence holders and then just have requirements in relation to continuing professional education (CPE) and qualifications, and then if you meet all of those requirements you can then be registered. Rather than going through the complex requirements from ASIC which [involved] around 130 questions and a lot of them weren’t related to issues with SMSFs,” he explained.

“I think that would have been a better way to do it because then [practitioners] would get the education that they need because I think that was always an issue, and they will then be checked for their CPE requirements as they are with tax agents, and then you can have them subject as tax agents are to rules around ethics and that would have been a much simpler and faster way.”

Mr Agland said this would have been a more attractive model to accountants and may have allowed a lot of smaller financial planners to split from their licence holder and become independent as well. “Which again, would probably improve advice” he said.

“The cost of getting your own licence was around $40,000 to $50,000 and above, and if you've only got a few SMSF clients you were never going to recoup that money, so that's the other side of it, just the cost and difficulty of it, and it forces accountants to act as if they're like the big licence holders who produce all these products, but it's chalk and cheese.”

Another issue which Mr Agland said that Treasury and government may look at in a few years is whether ASIC is the right body to be overlooking investment advisers.

“[ASIC] is really concentrated at the big end and it has trouble regulating the small end of the market such as auditors,” he explained. 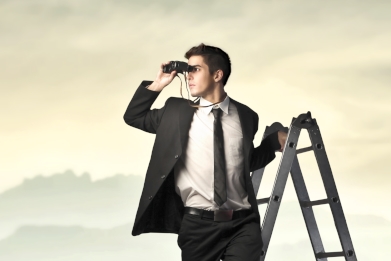