New research has tipped the exact tasks accountants will spend most of their time working on by 2030 and what skills they need to develop to be successful. 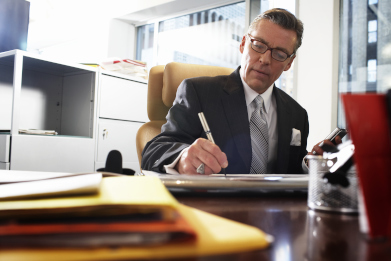 The Foundation of Young Australians (FYA) released yesterday its New Work Smarts report, based on analysis of over 20 billion hours of work completed by 12 million Australian workers across 400 occupations.

The report uncovered insight into what skills and capabilities will matter most for accountants in 2030 and beyond.

FYA head of research, evaluation and partnerships, Annette Cairnduff, told Accountants Daily that automation is the driving force behind the reduction of time spent on technical work and increase in time spent on “higher order” tasks.

“What we will be expecting from accountants will be a greater emphasis on the ways in which people problem solve and critically think and communicate, rather than spending as much time relying on those foundational and technical skills that are about understanding about the mathematics of accounting,” Ms Cairnduff said.

“Of course, you'll still have to have that, but it won't be such a huge part of the job because a bigger part of the job will be about interacting with people, solving complex problems, and being able to know the right questions to ask the machines to find the answers to manage big accounting issues.”

“So it’s really about those higher order skills being much more part of everyday life than the technical skills.”

The report featured a case study on what a typical accountant’s week will look like in 2030, compared to 2014.

Meanwhile, time spent on mathematics is predicted to decrease by about 1 hour per week.

“Obviously, that doesn’t all add up to 40 because you can be doing more than one thing at once but that's the kind of tasks that accountants will be doing,” Ms Cairnduff said.

“They’ll be spending much more time interacting and engaging with people and communicating, and if you add those hours up it becomes absolutely the largest part of an accountant’s week, rather than working on the mathematics.