The head of the Professional Standards Council (PSC) has expressed extreme concern for CPA members and their clients in light of a lapse in liability coverage, and the association has released information for members about how to adapt and assess their protections. 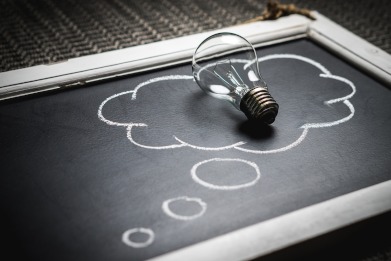 CPA Australia applied to the PSC for a new professional standards scheme, to succeed the current one which expires on 7 October this year.

The scheme covers 6,963 members who have a CPA Public Practice Certificate. It provides members with an additional layer of security for the firm’s clients, with limitation of liability for the provision of certain services.

It is now definite, as confirmed by the PSC and CPA Australia yesterday, that a new scheme cannot be made in time for CPA practitioner members in Victoria, and likely in other mainland states and territories, to avoid a lapse in their scheme’s continuity.

Therefore, a member’s civil liability will not be capped during any gap in approval of a scheme, if it is not operational in their state or territory, according to CPA Australia.

“Members and their clients - we are deeply concerned for them,” Dr Deen Sanders, chief executive at the PSC, told Accountants Daily, in response to the developments.

Central to the problems with the application are conflicts of interest arising from the establishment and structure of CPA Australia Advice.

The significant corporate governance and leadership issues that have since surfaced are also informing this process, Mr Sanders said.

“So in order for a professional standards scheme to be properly considered, those are obviously elements that we need to have much better clarity over,” he said.

CPA Australia told Accountants Daily that an application process is still continuing, which Mr Sanders agreed with, adding it is effectively up to the association to remedy the issues the PSC has addressed.

The PSC has made recommendations to CPA Australia which they cannot disclose, that range from minor to substantial in magnitude.

“It’s fair to say there are a range of elements that are on the table for consideration. And some of those go to substantive matters of the conflict of interest, and others are more technical in relation to how they might better comply with the regime,” he said.

CPA Australia said it is continuing to work with the PSC on its application, by providing additional information about its governance structures.

The conflicts created by CPA Australia Advice, which was established in 2015, came to the attention of the PSC when the subsidiary was launched, and Mr Sanders said the PSC has been “in dialogue” with CPA Australia about it since then.

This was, Mr Sanders said, long before any issues began surfacing with the leadership of the association, and before the member rebellion which has now escalated to the point of a petition for a spill motion.

Now, at best, an application could be approved four months from now “if miracles are performed,” Mr Sanders said.

“Worst case, it could be as long as it takes for CPA to resolve the matters,” Mr Sanders said.

“However long they take on this, to settle the governance issues, come up to solutions about how that conflict might be better managed,” he said.

What should affected CPA members do?

According to the PSC, on 8 October, practising members not covered by the scheme will need to cease to use any letterhead or business documents that carry the statutory disclosure statement, or risk potential breaches of Australian Consumer Law.

CPA Australia issued similar advice, however it cautioned that early removal of any disclosure statement may result in a member not being covered under the existing scheme.

Members should note that limited liability applies to claims arising from services performed between the operational date of a scheme and the expiry date.

“This means that you will need to maintain at least the same level of professional indemnity insurance cover held prior to the schemes becoming operational to ensure that you can cover retroactive claims if they arise,” CPA Australia said.

Both the PSC and CPA Australia have advised affected members to assess their professional indemnity insurance policies.

“If your policy is cost inclusive, you will need to consider higher limits or converting your policy to cost exclusive. Under the scheme currently under consideration by the PSC, all future policies must be cost exclusive,” CPA Australia added.

Members should also note that if a client engagement occurred when they were covered by the scheme, and extended beyond its cessation, additional risk may need to be considered. Legal advice, or advice from a member’s insurance broker or insurer, may also be necessary.

The PSC has provided further information for concerned accountants, which can be accessed here.

Please contact This email address is being protected from spambots. You need JavaScript enabled to view it. with any feedback.