A new report from a big four firm has found that the Australian mid-market has big growth plans for the year ahead and is unconcerned by macro risks such as automation reducing headcount.

“There's actually a broad spectrum of companies that are really growing, and we're seeing a bit of a re-emergence of family businesses with family offices as well,” Mr Dalton said.

“What this survey shows is obviously that there's great optimism around CEOs and founders within this middle market space, so there's real enthusiasm for making investments and growing.”

While sentiment is generally quite positive for the mid-market accounting space, Mr Dalton said the there are several macro risks surrounding the industry.

“We obviously have a fairly big cloud hanging over our head which is the geopolitical risk and that sits there,” he said.

“We're seeing some of the more macro issues like interest rates. Founders and CEOs of organisations who might be between the ages of 40 and above, were certainly around when interest rates were 18 per cent so I think that fear is always hanging over entrepreneurs' heads of what happens if that happens again?”

“[Also] competition. What we're seeing is there's always one eye on who is coming into Australia. We're a small market relative to the rest of the world.”

However, contrary to a lot of reports, Mr Dalton said that the mid-market firms don't see that automation is going to mean significant reductions in workforce.

“I think this survey shows that there is likely to be a redistribution of non-skilled to skilled, but the CEOs and the founders don’t believe that that's going to mean a reduction in the numbers so that's a good thing,” Mr Dalton said.

“There's been a lot of hysteria globally around no-one having a job in the future, but that's a really optimistic look that these organisations don’t see that as being something that's going to impact their overall numbers.” 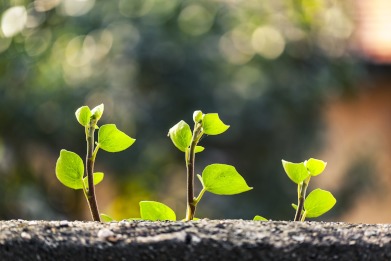