A Senate committee has pushed CPA Australia to produce further evidence which proves its commitment to member participation and governance transformation, and grilled president Jim Dickson on whether the establishment and continuation of its licensing arm passes “any test of common sense.”

CPA Australia board representatives were ordered to appear before a Senate committee in Canberra today, at a public hearing into updating the Corporations Act to make it simpler for members of professional bodies to communicate with each other.

This follows a hearing in Sydney early last month, which was fronted only by general manager of policy and corporate affairs, Stuart Dignam.

The continuation of the association’s licensing arm, CPA Australia Advice, was brought into question at the hearing by independent Senator for South Australia Nick Xenophon in an exchange with president Jim Dickson, who replaced Tyrone Carlin in June, and director Graeme Wade, whose term ends on September 30.

Mr Xenophon labelled CPA Australia Advice a “financial disaster,” pointing to its losses of $7.2 million and revenue of $49,000 in 19 months, as well as its loan from CPA Australia of almost $20 million.

CPA Australia Advice is also a primary reason that the association could not secure its professional standards scheme before renewal next month, leaving members with a public practice certificate without the protection of limited liability cover.

Both Mr Dickson and Mr Wade repeatedly rejected that the licensing arm is a failure. In fact, Mr Wade - similar to the words of former CEO Alex Malley - said the board was prepared for a struggle in the initial years of establishment.

“This is a long-term strategy, one that the board has deliberated over for many years. We had been hesitant to take that step because of the difficulty of establishing that business,” Mr Wade said. “We knew it was going to be a long, hard ball.”

When pushed on whether CPA Australia Advice would continue to operate, Mr Wade said it was up to the new board. As of 1 January 2018, any directors who operated in the era of Mr Malley will have departed.

Mr Wade said the business plan for the licensing arm outlined that it would be a five or six-year project, which Mr Xenophon has required a copy of by this Friday.

The Senate committee also pushed - through various lines of questioning - how the association’s new leadership is facilitating member feedback about corporate governance, and feedback in general.

Chair of the hearing, Senator Jane Hume, noted that members of the current board approved the location of the annual general meeting on 27 February, about a week after rebel member Brett Stevenson sent an email to 1,000 members voicing his dissatisfaction with the association’s governance.

She also noted that a month’s notice was given to members to attend the AGM in Singapore. This is in accordance with CPA Australia’s policies, but Ms Hume didn't feel it was sufficient notice.

“I find this extraordinary, at a time when you knew the board and governance were under scrutiny, that you would consider holding [the AGM] in a different country,” she said.

Ms Hume questioned the directors’ insistence that members could participate in the AGM, by pointing out that those who were watching via live stream were not able to interact or interject with questions.

In a separate line of questioning, Mr Wade defended the location of the AGM, and noted that when they are typically held in Melbourne, they are poorly attended.

Senator Chris Ketter pushed the board on why an extraordinary general meeting will not be proceeding, to which the board answered that the purposes of an EGM have effectively been met with major steps such as the independent review and board refresh.

The leadership of chief operating officer Adam Awty, who is interim chief executive, was also brought into question by Mr Xenophon, on the basis that he was part of a leadership team that saw a fallen chief executive, a lapsed liability scheme, and a complete board refresh.

“He is competent, he knows the business well, he is trusted by staff,” said Mr Dickson. “He is settling the ship, reaching out to our membership and reaching out to staff as well.”

Speaking broadly, Mr Dickson also apologised to CPA Australia members, and acknowledged their frustrations during this period of significant change.

The board of directors have been told to produce questions on notice - "of which you have received a number" - by Ms Hume. This includes the number of complaints that were made to the association in relation to the supposed improper use of the 'Find a CPA' function, which was removed as the member uprising began. Mr Dickson and Mr Wade said that members issued complaints to CPA Australia about how their contact details being used for inappropriate purposes.

The purpose of today’s hearing was largely sidelined by issues of corporate governance. Its initial focus was to address that the Corporations Act permits members to request a copy of the members’ register, but associations are not required by law to provide email addresses, which is a hurdle rebel members faced when mobilising corporate governance protests.

CPA Australia has been broadly supportive of moves to modernise the Corporations Act to facilitate member communication, but has expressed concerns about member details being inappropriately handled.

Further, CPA Australia found holes in a suggestion that a third party manages requests for an association’s member register.

“The Committee may wish to consider whether, for membership organisations, it would be appropriate for a third party who meets standard security management guidelines to manage requests for copying of a register and the management of its use for a proper purpose particularly when it is the whole register rather than an extract of a single or a few entries,” said Mr Dignam.

“Any member interest, public interest and other concerns regarding secure management of information could be addressed with this mechanism which may need a register of managers approved for this purpose. In the current world of communication, the security of information including the ongoing security must be considered as an adjunct to allowing a person with no management systems or secure environments to have unlimited use and retention of data, this notwithstanding the Act’s very strict rules around rights to inspect, rights to copy and use of information on registers,” he said.

The association has also previously noted that an entity is required by law to disclose personal information of its members, but individual recipients of that information are not obliged to protect the security of the disclosed information or securely destroy it.

More to come. For questions or feedback, please contact This email address is being protected from spambots. You need JavaScript enabled to view it. 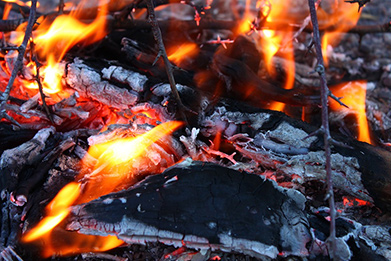