Preparing for the hybrid mismatch rules

The new hybrid mismatch tax rules can apply in a broad range of scenarios and, when relevant, can have significant adverse outcomes, including denials of tax deductions or increased assessable income.

New Australian hybrid mismatch rules passed Parliament on 16 August 2018 and will be effective from as early as 1 January 2019. The rules target “hybrid arrangements”, which are differences in the tax treatment of an entity or instrument under the laws of two or more tax jurisdictions that cause a mismatch. A simple example of a hybrid mismatch would be a payment made by an Australian entity for which a deduction is claimed in Australia but for which there is no assessable income overseas. Under the new rules, a mismatch would usually be neutralised by disallowing a deduction or including an amount in Australian assessable income.

For Australian companies, an understanding of both the domestic and foreign tax treatment of a range of transactions and entities will be required in order to identify potential hybrid arrangements. Starting this process early is critical as, otherwise, Australian income tax deductions could be denied or additional assessable income could be included from as early as 1 January 2019.

Impact of the new legislation

The hybrid mismatch rules are targeted at payments (including, for example, interest, royalties, rent, purchases of stock and, in some case, amounts representing a decline in the value of an asset) that:

The hybrid mismatch rules can operate to eliminate these D/NI or DD outcomes by denying a deduction or including additional amounts in assessable income.

The rules also contain “imported mismatch” provisions which are targeted at payments made by Australian companies which do not of themselves create hybrid outcomes, but which fund hybrid mismatches further up the chain of entities.

A targeted integrity rule can also apply, in some circumstances, to deny Australian related-party interest deductions on interest payments to foreign jurisdictions that tax the interest income at a rate of 10 per cent or less. This rule could be particularly relevant for interest payments made to common funding jurisdictions, including Singapore and Hong Kong (among others).

A few common examples of structures that might be affected by the hybrid mismatch rules are included below.

Common examples of structures that could be affected

Note: The above examples are in no way a complete list of hybrid outcomes, and we recommend that all Australian multinational entities consider the application of these rules in their specific circumstances.

How companies can prepare

Australian multinational companies (inbound and outbound) should consider, and plan to apply, the hybrid mismatch rules as a priority to ensure that no nasty surprises arise after their effective date.

Preparing for the hybrid mismatch rules 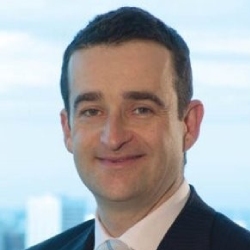