Does the incumbent have an advantage over the challenger?

Let’s go political for a moment.

An incumbent is a person that is already in office whereas a challenger is the person who wants to be in office next.  In terms of whether an incumbent has the advantage over the challenger, it is generally accepted as a definite yes: he/she has name recognition (and voters are more likely to vote for somebody that they recognise), they have secured contacts within their party, they know people in office — and therefore get special privileges.  They could still have savings left over from a previous campaign and are entitled to The Franking Privilege (the right of members of Congress to mail newsletters to their constituents at the government's expense).

And so, herein lies the parallels that permeate our business vernacular.  If we break down the elements of an “incumbent” in business: they’re an established and powerful player who is generally accepted and recognised.  Their status and recognition has typically been secured through either title or tenure.  They have secured contacts (aka advocates in their “party”) and often receive a disproportionate amount of privilege and influence, which can manifest itself in a variety of ways.

The thing with incumbents is that you either join their party and get behind their campaign, or you become a challenger.  In business, both channels have their respective merits in terms of job satisfaction and career progression, and it helps to be aware of which camp you’re in to make sure you’re maximising your position to succeed.

For a lot of people, being an incumbent environment (or an incumbent) is a great option.  The incumbent environment is the traditional model: you pay your dues, buddy up to the key influencers, who in turn advocate your promotion up the “corporate ladder” and as a consequence, draw you closer to the inner organisational sanctum of influence.  It’s a structure that’s worked for generations and prophesies that to be successful, you don’t challenge status quo.

This pack mentality was a solid bet when regulation was looser, moral and societal norms were more liberal and loyalty was a currency.  It’s also reminiscent of a time where people had possibly one or two jobs in their career and marked 20+ years of service to a company.  It’s definitely not to say that the model is no longer present.  It is.  And it’s alive and well—– particularly in private operations.  Incumbent-based organisations are comfortable with like-minded people who validate or reinforce the position of key decision makers, don’t rock the boat and will progress the organisation within the unspoken parameters of acceptability.  Many people are comfortable in a secure environment where predictability equates to stability — particularly when they share the vision of the incumbent.

If your skin is crawling about now, you might find that you naturally lend more to the opposing faction as either an overt or closet challenger.  If not: you might find the below an interesting perspective on the invariable challengers you’re likely to encounter at some point or another.

Challengers present themselves in countless numbers of ways.  Here are a few of the dominant species:

So, no matter where you are on the challenger spectrum, if you’re vying to be next in office, you have to be smart and strategic.  You need to be in it for the long game, not the short victory.  And most of all, not be hot-headed and remain gracious.  These are learned skills, and for some, it’s harder than others — but they can be taught: and once you’ve acquired these tools, your superpowers go to a different level.

*A bit of history and context to the statement: “Drinking the Kool-Aid” is an expression that refers to any person or group who goes along with a doomed or dangerous idea because of peer pressure. The phrase often carries a negative connotation when applied to an individual or group. It can also be used ironically or humorously to refer to accepting an idea or changing a preference due to popularity, peer pressure, or persuasion. The phrase derives from the November 1978 Jonestown deaths, in which over 900 members of the Peoples Temple, who were followers of Jim Jones, died, by drinking from a metal vat containing a mixture of “Kool-Aid,” cyanide, and prescription drugs Valium, Phenergan and chloral hydrate. Reference: https://en.wikipedia.org/wiki/Kool-Aid

Does the incumbent have an advantage over the challenger? 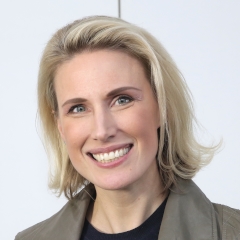