How to navigate a post-merger landscape

Once the initial glow of excitement that follows an accountancy company merger subsides, the work is only just beginning.

Systems and techniques from two different organisations need to be integrated and policies and procedures standardised. If the CIO can achieve this complex task quickly and effectively, they can have a positive effect on the overall success of the deal. Dragging it out, however can suck a lot of value out of the new entity very quickly.

As the integration is completed, the CIO must be focused on maintaining productivity and minimising disruption. To achieve this, they need a clear plan of what needs to be achieved during the first 90 to 120 days. The top three steps CIOs must take immediately in the case of M&A are:

Just because the merger is now official, it doesn’t mean business can be paused to give you time to get up and running. In the first few days, it’s crucial for communications to flow seamlessly between teams. Employee engagement often dips following the announcement of a merger and it is paramount to be transparent and open in order to continue fostering trust.

It also helps curb general concerns and rumours. By integrating major communications channels and working effectively with IT teams, both old and new, you can ensure everyone has the right access, the right information and are working on the right task. Granted, there are bound to be some issues in the integration process. But the typical workforce knows this; all they need is evidence that the decision-makers are responding to it in one form or another.

Immediately assessing risks and their impact is crucial in the early days of a merger. What new risks is the new company bringing in around areas such as finance, operations, and security? After the merger, it's important to go through things with a fine tooth comb and evaluate the real situation rather than relying just on what was learned in the due diligence period.

The minute you merge, your risk profile goes up, both from a security and compliance perspective as well as from a financial perspective. There are different vulnerabilities, gaps and priorities to realign. There may be long-term contracts that will sit on your books for years to come. There may be a higher burden of regulatory compliance placed on the new organisation. Assess, re-evaluate and adapt initial plans and communicate that out to leadership so that you aren't coming in a year later saying that you don't have the tools to get the job done.

Of all these matters, the first you need to assess is security. A breach of any size can have a direct negative financial and competitive impact. Also, it is easier to attack an organisation in flux using methods like phishing attacks and identity theft. There is also an increased risk of intentional or unintentional data leakage. As such, organisations need to develop and execute a security strategy as soon as a merger or acquisition takes place.

In the first few days, the CIO also needs to really touch all parts of the newly combined organisation to make sure all players feel they’re valued, integrated and that they will be evaluated and promoted based on their merits. Strong people often see a merger as an opportunity to move up or move on. As CIO, you want to influence that choice early in the situation to keep as many strong players on your team as possible.

Yours, mine or ours?

The cloud changes everything, and CIOs need to leverage that transformation in their planning. As the CIO learns what distinct aspects and technologies of each organisation should be kept and promoted, it’s worth considering the benefits of throwing out the legacy products of both companies, and using the merger as an opportunity to accelerate transition to the cloud, reduce capital costs and streamline processes.

Merger-driven IT consolidation is happening all the time and has a significant impact on the brand and customer experience. A lot of this rides on the IT executive who has made a decision to bet his company’s future on a particular set of products or a technology stack.

By taking key steps in the first weeks following a merger the CIO can be well placed to deliver the leadership and direction that the newly expanded organisation will require.

How to navigate a post-merger landscape 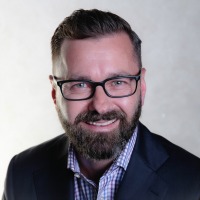