Is Australia actually open for business?

Could tax measures that came into force at the beginning of this financial year to target multinational tax avoidance do more damage to the Australian economy than good?

The first day of financial year always brings with it a multitude of tax changes. Two of the biggest tax changes this year are the Diverted Profits Tax (DPT) and an unprecedented increase in administrative penalties.

Both changes add to the suite of measures, such as Multinational Anti Avoidance Law and country by country reporting, targeted at large multinationals with the stated aim of countering tax avoidance.

However, the impact of the changes may be much broader than intended and there’s a real risk of that adversely affecting the Australian economy.

The Australian economy depends on foreign investment – this is a reality that cannot be ignored. We need large multinationals to want to do business in Australia, to make and distribute their products and services here, to employ Australians, and to pay taxes.

To achieve this, Australia needs to be an attractive place to do business.

Businesses, regardless of size, will generally test a market before they commit to it. A large multinational may initially have a limited ‘beachhead’ presence, and, over time, if the Australian market shows potential, will seek to expand the extent of their Australian operations. This is a scenario that Australians need to encourage, not discourage.

From 1 July the financial risks involved with testing the Australian market have changed fundamentally.

As an example, an Australian ‘beachhead’ presence (connected with a large multinational) that is late in lodging a form with the ATO, will now be exposed to a potential penalty of $525,000. Before 1 July 2017 it was $4,500. That is a 500-fold increase.

Instead of these penalties being focused on ensuring compliance with measures that counter potential tax avoidance – such as country by country reporting – the ATO has stated its intention to apply the penalties to all lodgement obligations.

Be late in lodging your July activity statement, you could get a $525,000 penalty. Is this countering tax avoidance or merely revenue-raising? Is this the approach of a country that is open for business?

The DPT has the potential to act as a further deterrent for doing business in Australia. Unlike all other provisions in the tax laws, the DPT is a ‘tax now, discuss later’ arrangement.

If the ATO doesn’t like an aspect of the business model, they can impose a 40 per cent tax on what they perceive to be the untaxed profits, and this tax needs to be paid before there is a discussion about whether the position is right or wrong. What is even more troubling is the lack of guidance on what the ATO considers acceptable or unacceptable.

Is expanding a business to Australia worth taking on these potentially onerous financial risks? For many multinationals, it’s potentially not.

There is no question that aggressive tax arrangements implemented by multinationals are not acceptable to the Australian community, and Australia needs to take actions to ensure that the right amount of tax is paid by all taxpayers doing business in Australia.

I encourage the ATO to issue clear guidance on how it intends to apply the new penalty regime. Target these measures at the taxpayers who are failing to lodge documents that are critical to protecting Australia’s tax revenue, and don’t apply the penalties to situations that are just administrative matters.

Give concrete examples of what is considered unacceptable under the DPT and address the big question– if an arrangement is acceptable under the transfer pricing purposes, Multinational Anti Avoidance Laws and Part IVA (three of the toughest anti-avoidance measures in the world), would the ATO still try and apply the DPT?

The government and the ATO recognise that most large multinationals seek to comply with Australia’s tax laws, and that attracting these companies to do business in Australia is critical for our future economy prosperity.

Is Australia actually open for business? 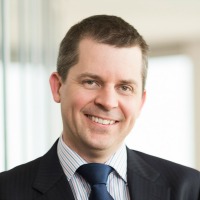