The recent controversy surrounding CPA Australia got me thinking, what would happen if CPA Australia, or any professional member body for that matter, were listed on the ASX?

I could see the symptoms of the current CPA Australia strife indicative of moral hazard. I just needed a lens to look through. Dusting off my old strategy toolkit, I thought Porter’s Five Forces would be a good start. There are a few fundamental differences that I’ve considered.

Competition: The availability of substitutes and the level of competition within a sector are key considerations for the bargaining power of a customer. Oligopolies exist often due to high barriers to entry or government intervention.

Oligopolies, without adequate regulatory mechanisms in place, are breeding grounds for unethical behaviour and moral hazard. Conversely, in a competitive market, the self interest of shareholders, employees and customers creates a breeding ground for organic self governance. A problem exists in professional bodies, where not all of these stakeholders exist.

Customers: Most public companies have customers they must satisfy. If customers do not like what you are doing, they will vote with their wallets and spend money with your competitors. That’s just bad for business.

Professional bodies on the other hand are often subject to little or no competition. This contributes to the high (albeit intangible) switching cost associated with changing member bodies. Due to the high switching cost, organisations can aggravate their customers to a degree without compromising revenue. It’s safe to say members will pay their dues, whether they want to or not.

Shareholders: Although, not explicitly considered in Porter's Five Forces; consider shareholders as suppliers of capital. Public companies are compelled to maximise shareholder value. Aggravate shareholders too much, they’ll also vote with their wallets too and sell your stock. The extension of that may be shareholders trying to topple your board or, worse start taking short positions.

In professional bodies on the other hand, the role of the shareholder is played by the member (aka customer) they have no shares to sell and in some cases they cannot even organise a coup.

Employees: Listed companies have the ability to compensate with a mix of salary and bonuses as well as short- and long-term equity incentives. With so many levers to pull, compensation is fast becoming a science. Companies are scrambling to develop remuneration packages that perfectly align employee self interest with the objectives of the company in the long term and short term. Executives are forced to balance their decisions to maximise their outcome.

Executives in member bodies have no stock options to pursue so they are left chasing salary and bonuses. Both of which are very short term in orientation.

Transparency: Public companies are subject to full general purpose disclosure requirements in addition to the board and corporate governance expectations handed down by ASIC and the ASX. Even if these regulatory requirements did not exist, the market for lemons theory suggests investors would be reluctant to park their cash with companies that didn’t volunteer this kind of information.

Large limited member bodies are subject to reduced disclosure requirements and none of the impositions handed down from the ASX.

This has been the focal point around much of the media and member attention around director and executive compensation in these member bodies. Particular attention has been put around those organisations in the corporate governance space (AICD, CAANZ, CPAA).

To be clear, these organisations are under no legal obligation to volunteer this information. I would argue, however, that doing so would be a positive example of practising what they preach. If I were on the board of one of these member bodies, I would be racing my competitors to publishing full general purpose annual reports. It would go a long way to repairing member confidence. 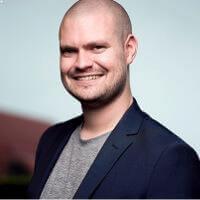 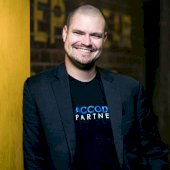