As accounting firms continue to offshore their bookkeeping services, local bookkeepers must either diversify their own service offering or leverage the offshoring trend. 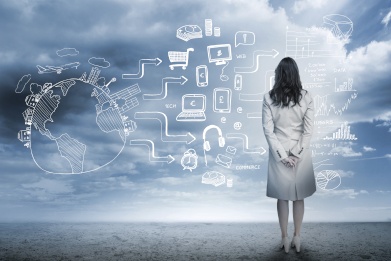 Co-founder of The Outperformer, Brad Eisenhuth, told Accountants Daily that bookkeeping, like every profession, is facing disruption and must evolve in order to stay relevant.

“Offshoring is an obvious current thing going on and accounting firms are either white labelling or utilising offshore services to allow them to focus on higher value services to the client,” Mr Eisenhuth said.

“There’s the offshoring component and then there's also the use of cloud that allows that to happen, so I think that ties hand-in-hand.”

Mr Eisenhuth said that offshoring is only the beginning of the bookkeeping evolution.

“I do believe in the future these processes in large companies, and from the small bookkeeping process point of view, will become more and more automated,” he said.

“Once that automation comes, you'll start to see a heavier focus on things like forecasting tools and cash flow management tools, and things like that for companies like the small-to-medium size type environment.”

However, Mr Eisenhuth said that bookkeepers can utilise the knowledge they've got and think about different ways to create value for their client.

“Sometimes that might be stepping up the food chain and doing more for their client. Sometimes it might be actually taking advantage of the fact that there are offshore services and leveraging the fact that they can help that set up of the relationship,” he suggested.

“For example rather than doing it, why not manage two or three people offshore and have more clients. It’s just a different way of looking at it.”

“I do think at the end of the day, a bookkeeping skill set is still going to be required because some organisations won't have the confidence to offshore, but there is an opportunity to take advantage of that if it suits your appetite.”