Business Growth Fund: ‘What’s the money going to be used for?’

“I’m all for making more money available, [but] money in itself is not enough,” the head of the Australian Centre for Business Growth has said of the government’s new Business Growth Fund. 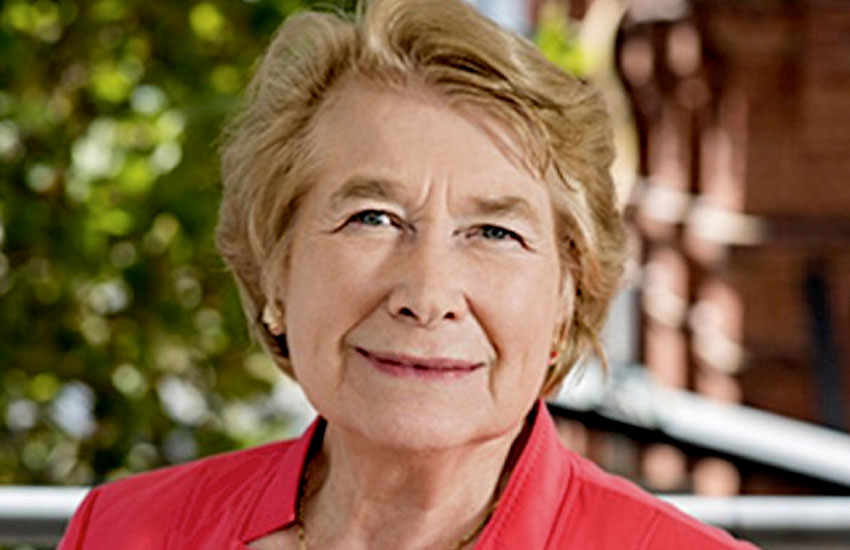 Speaking with sister title My Business, Dr Jana Matthews — director of the Australian Centre for Business Growth at the University of South Australia and an international scholar on business growth and entrepreneurial leadership — said that while making capital available to businesses is a welcome move, achieving the stated aims of helping Aussie businesses to grow strongly and sustainably will require more than just capital.

“Money in itself is not enough. People need knowledge and skills in order to know how to make the most of the money,” she explained.

“What’s the money going to be used for and what is the growth plan?”

The Harvard doctorate put those concerns to the Treasurer several weeks before the fund was formally unveiled on 27 November, at which point each of the four major banks committed to matching the government’s initial injection of $100 million.

“I actually had occasion to talk to [Treasurer] Josh Frydenberg a few weeks ago — he mentioned that this was going to happen. And I said, ‘I hope that you’re making one of the requirements for them to have a plan for growth’,” she said.

“If you want to take all your personal money, take your savings, hawk your house to do a company that goes under, well, it was your choice and this is a free country — you can make those choices. But if you’re going to use public money... to invest in companies, then you have a duty of care to make sure that they have a plan for growth and that they are set up for growth.”

‘Money is not enough’

Dr Matthews also noted that not all investments prove to be highly lucrative, making it even more important to ensure the Business Growth Fund delivers the maximum possible return on investment for taxpayers.

“This is a venture capital plan — venture capitalists invest in a very small number of those that are technically interested and eligible,” she said.

Instead, more focus on skills, training and knowledge building is required to deliver strong growth for businesses, jobs and the economy, the academic said.

“Giving people money is not enough. It’s the coin of the realm, it buys something. And we want to know what it is going to buy,” Dr Matthews said.

“Is it going to buy more people? A better marketing strategy? More executive team [or] higher level of executive team members? What’s the money going to be used for and what is the growth plan? What markets are we going into? What are the products that we have? How are we going to finance this over time?

“Obviously, we want to generate more revenue, [but] how will it be profitable? What are the jobs that we are going to be creating also along the way? Those are things that are required.”

“That’s not quite the same as giving somebody the knowledge and skills they need to lead and manage growth,” she said.

Another factor to consider, according to Dr Matthews, is the relatively small proportion of businesses that will actually be eligible to access the Business Growth Fund, which she estimated at around 100,000.

“We have to be realistic about what this fund is going to do,” she explained.

“Ninety-three per cent of [Australian] companies have less than $2 million in revenue — that’s kind of stunning actually when you think about that.”

She continued: “When you look at the numbers of small, medium and large companies — if you take small, technically, it’s five to 19 [employees], they’re only 200,000; that’s only 10 per cent of all the companies, frankly, are officially small. And 2 per cent are medium and less than 1 per cent are large. So, we’re talking about less than 13 per cent of the companies here are what we’re going to have to base our future economy on.

Dr Matthews’ comments come as the Australian Chamber of Commerce and Industry (ACCI) also called on the government to deliver more meaningful action.

The Bureau of Statistics released new figures released on Wednesday (4 December) revealing that the Australian economy saw GDP growth of 1.4 per cent in the September quarter and 1.7 per cent over the past year — “well below the long run average”.

“We need policy settings that encourage business to take risks and invest. It is essential for ensuring growth in the business sector to build economic momentum through 2020,” Mr Lambie said.

“Businesses need policies that assist them to lift productive capacity through investing in skills, technology and infrastructure.”

Mr Lambie urged the government to step up and play its crucial role in delivering favourable reforms, particularly around workplace relations and energy costs, to “make it easier to do business and create well-paying jobs” as a means of driving future economic growth.

Business Growth Fund: ‘What’s the money going to be used for?’