The accounting profession remains torn on the government’s proposal to criminalise business cash payments above $10,000, with one professional association calling it an extreme response to a symptom of the black economy.

Announced in the federal budget last year, the government is currently consulting on plans to make it a criminal offence for businesses to make or accept a cash payment of $10,000 or more by introducing penalties of up to two years of imprisonment and a $25,200 fine.

The measure, set to come into effect in just over four months from 1 January 2020, comes as a result of the final report of the Black Economy Taskforce, which recommended that the government introduce such a measure to tackle tax evasion and other criminal activities.

CPA Australia head of policy and advocacy Dr Gary Pflugrath has called for the proposed bill to be withdrawn, criticising the intention to criminalise the use of legal tender, and noting the broad impact it will have on many Australians.

“This legislation is attempting to deal with a symptom, not the cause, of the black economy. While the use of cash in a large transaction may be an indicator of risk, it does not prove by itself that the behaviour is criminal,” said Dr Pflugrath in his submission to Treasury.

“The presumption that only tax evaders, money launderers and criminals use cash, and the mindset that these new offences are required to address criminality, has resulted in a proposed bill and instrument that run counter to well-established criminal law principles and have the potential to affect many Australians.

“We believe the policy intent behind this bill would best be achieved by a mix of administrative penalties for breaches and incentives for business to move to electronic payment options. The focus on criminalising certain cash transactions is an extreme response to the problem of avoiding scrutiny.”

Extend it to all payments

On the flipside, Chartered Accountants Australia and New Zealand believes the measure should be extended to all payments, not just payments made to or by businesses.

Tax leader Michael Croker also believes that the $10,000 limit is too high and should be reduced in the future.

He argues that having an economy-wide cash payment limit will help reduce red tape by applying the same rule to everyone, making it easier to understand and enforce, and will make it harder for black economy participants to convert their cash to other assets through consumer-to-consumer transactions as well as consumer-to-business or business-to-consumer.

Likewise, the Institute of Public Accountants supports the measure, with Tony Greco noting the record-high number of high-denomination bank notes in circulation, suggesting that cash is being used to facilitate black economy behaviour.

Several countries in the European Union currently have restrictions on cash payments, with France imposing a €1,000 limit, Spain with €2,500 and Italy with €2,999.99.

However, the penalties are usually reserved to a percentage range of the transaction amount or a flat fine.

CPA Australia’s Dr Pflugrath believes the proposed legislation is far more punitive than other jurisdictions and that administrative penalties should be considered instead.

“The severity of the penalties contained in the proposed offences is disproportionate to the behaviour and highly concerning,” Dr Pflugrath said.

“In effect, an individual can be audited and even if their tax liability is reported correctly, detection of a business-to-business cash transaction above $10,000 (including outside Australia where it may be the only way to make that transaction) means they can be prosecuted, receive a criminal conviction and fines of up to $12,600 for strict liability offences or $25,200 and a two-year jail sentence for indictable offences.

“Further, the deterrence effect of cash limits is not yet proven, despite a number of jurisdictions implementing similar laws albeit in the civil, rather than criminal, sphere.” 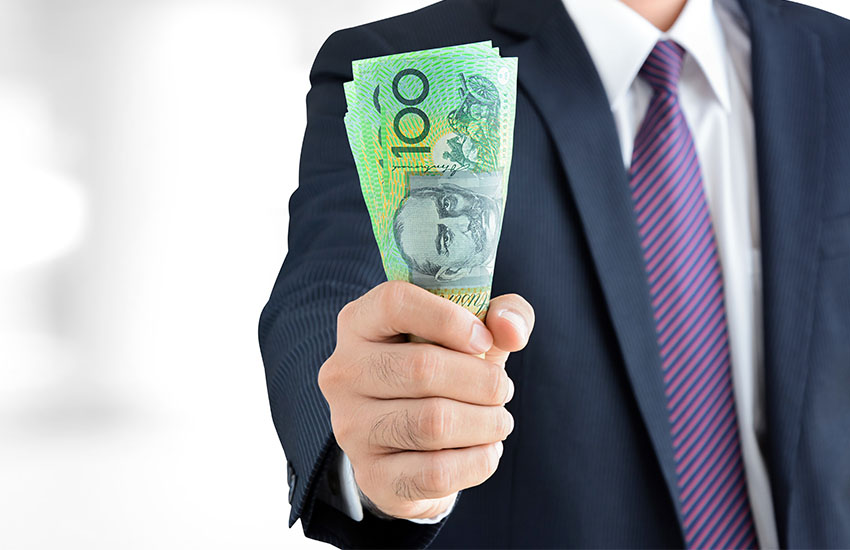