Government set to open up new capital for SMEs

The government has introduced a new bill into Parliament, which, if passed, will enable unlisted companies with less than $25 million in assets and annual turnover to facilitate crowdsourced equity funding.

The Corporations Amendment (Crowd-sourced Funding) Bill 2016 will also give small companies that became public companies to use crowdfunding a transition period of up to five years during which they will be eligible for exemptions from certain corporate governance and reporting requirements.

Treasurer Scott Morrison said the government is continuing to consult with a view to extend crowdsourced equity funding in the new year to proprietary companies, which already have lower corporate governance and reporting requirements.

“The government has listened to stakeholders on how to best balance the fundraising needs of businesses and investor protection,” said Mr Morrison.

“Companies will need to meet minimum disclosure requirements. Retail investors will have an investment cap of $10,000 per company per 12-month period and a cooling-off period, allowing withdrawal from their investment for up to 48 hours after making a commitment.”

MYOB chief executive Tim Reed said the software company welcomed the move by the government, stating that it was a positive change on several fronts.

“Removing restrictions for smaller businesses will act as a stimulus for them to bring more focus to how technology can improve public services,” said Mr Reed.

“It will also create more opportunities for these businesses to succeed, and has the potential to improve the lives of Australians across the nation by making it easier for them to interact with government.”

Government set to open up new capital for SMEs 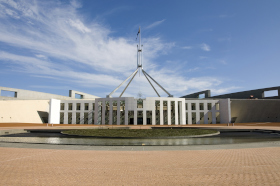