The corporate regulator has announced that a former Gold Coast accountant and financial adviser has been charged with five counts of fraud involving approximately $800,000.

Satvir Singh Birk of Reedy Creek appeared in the Southport Magistrates Court yesterday. It is alleged that between September 2010 and October 2011, Mr Birk, while an authorised representative of Professional Investment Services Pty Ltd (Bundall), "dishonestly caused a detriment to numerous clients".

The charges against Mr Birk carry a maximum penalty of up to 12 years' imprisonment, ASIC said.

Mr Birk was released on various conditions, including that he reside at his current address and notify the Commonwealth Director of Public Prosecutions (CDPP) of any change of residence.

The matter was adjourned until 1 August 2016, and is being prosecuted by the CDPP.

According to ASIC, in December 1999, Mr Birk became a partner of Sa & Birk Accountants Pty Ltd and later the Carter Group Pty Ltd, located in Brisbane and the Gold Coast. 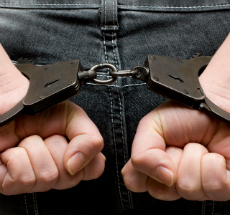