How young guns can beat the ‘grey-haired brigade’

Well-known technology consultant Matt Paff had a chat with New Accountant about how bravado and hard work set him on a path of starting up, building and selling businesses into his 20s and 30s.

If you could say anything to an accountant eyeing their own practice at the start of their career, what would it be?

If I was to give career advice to someone in their mid-20s, is that, that’s actually the time to go for it if you’re starting your own business.

I started my consulting business when I was 26. The benefit of being that age is you don’t have commitments and you can fail without too many consequences.

As you get older, you might get married and have kids, and your risk profile starts to change. You’ve got mortgages to pay, school fees for your kids and other things happening in your life that can take over.

Did you know what you were doing when you started your first business?

I probably had the bravado to think I did. And actually, it turned into a very successful business. I ended up selling it five years later and making money on it. It was an ERP consulting business.

During that time, I had the benefit of being able to work seven days a week until midnight. I’ve since started businesses in my late 30s, and I’m married with kids, and you can’t take the same risks or put in the same hours.

What are the challenges for starting up in your 20s?

Now? The barriers to entry aren’t as high. In fact, it’s never been easier. You don’t have to buy a server, for example, or spend a bomb on software. That would’ve cost you a lot of money a generation ago.

The challenge is: where do you get clients from? But those who are hungry enough and work hard enough will find that there’s plenty of opportunity.

For me, I [found opportunity] organically. I was working for a company, and I ended up selling their software. I was running one of their channels and thought, “I reckon I could do this better”.

With barriers to entry being lower, is competition in the micro and small business space higher?

100 per cent. That’s why the selling is going to be the hardest bit.

However, as always with Millennials, the timing is perfect for them, with everything except housing. The Baby Boomer generation is retiring, and so many of them have no succession plan. Take a look at the US, something like 10,000 accountants are retiring in the US every single week.

I think that’s mirrored in Australia. Of course, the question is how many of them are running their own practice versus working in one.

The ones who are retiring also often haven’t transitioned to the cloud and more modern technology, which again, creates opportunity.

What hurdles did you have to jump over once you identified your opportunity?

The biggest challenge I found is that I didn’t have grey hair. As I got older, some things got easier, because now I have grey hair, and I have wrinkles.

The thing is, when you’re young, people don’t trust that you are going to have the depth of experience to provide advice. You’re immediately on the back foot to show someone that you know what you’re talking about. They grey-haired brigade get a head start, because there’s an assumption they know what they’re talking about.

That’s not an easy hurdle to get over, but there are modern methods. Get your Google and Facebook ratings up — people see those ratings and reviews and think, “Well, that person must know what they’re talking about”.

Now, I do a hoodie and T-shirt most days. If I’m off to see a client, it might be a smart shirt and a blazer.

Do you have advice for a young Matt Paff?

I would learn to listen and try to understand more. I had strongly held opinions and would force them on people. I had to keep yelling and convincing people I was right. Younger me would be offended if someone thought I was wrong, but I don’t think that’s as important now.

In short, I would try and empathise more, and get to the “why”.

How young guns can beat the ‘grey-haired brigade’ 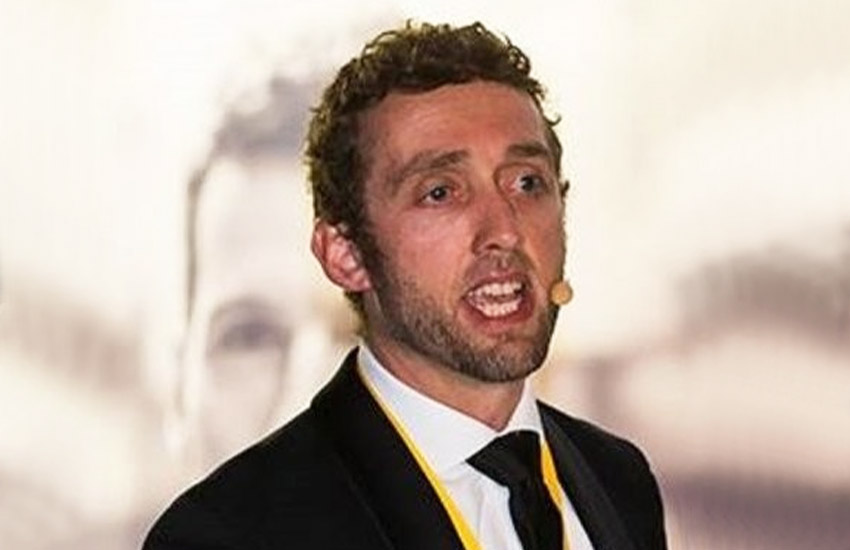