Compliance and SMSF loans in 2017

What will be the key compliance risks and challenges for SMSF loans this year?

The 31 January 2017 deadline for the LRBA safe harbours has now passed. Trustees who have acquired, or were intending to acquire assets for their respective SMSFs via related party limited recourse borrowing arrangements (LRBAs), which have been deemed to not be on arm’s length terms, should have acted to ensure compliance with the new rules. The Safe Harbour Guidelines refer to the asset acquired as either being real property or a collection of stock exchange listed shares or units.

The ATO released Quick Guide 50864 (QC 50864) on 4 January 2017 which references practical compliance guideline (PCG 2016/5) published in April 2016 which sets out the circumstances when the commissioner will accept that an LRBA is structured on arm’s length terms, and taxation determination (TD 2016/16) published in September 2016 which replaces the views in ATOID 2015/27 and ATOID 2015/28. These two documents identify the ATO’s views on what is not considered to be arm’s length dealings and the corresponding non-arm’s length income (NALI) provisions. While the ATO had initially established a deadline of 30 June 2016, this was extended to 31 January 2017 to provide SMSF trustees some time to get their LRBAs compliant or alternatively bring it to an end by this date. Please be aware that while the safe harbour deadline was not until 31 January 2017, the application of the PCG commences as of 1 July 2015 and any adjustments necessary to the LRBA will need to be made as of this date.

SMSF trustees were required to make catch-up payments of principal and interest by 31 January 2017 and any SMSF trustees who are concerned about their ability to make the required payments on commercial terms before 31 January 2017 can contact the ATO in writing to discuss their particular circumstances. Therefore, if the deadline applied to you and no plan of action has yet been taken to address the issue, you may wish to speak with your adviser and contact the ATO as soon as possible to advise them of your situation.

While not strictly related to the above, it is suggested that SMSF trustees who intend to acquire property via borrowings carefully assess contracts for property purchases, as loan conditions continue to change and tighten. While an SMSF may have had the option to finance the property acquisition via a loan at the time that they enter the contract, changing conditions could result in the loan falling through and trustees may be left scurrying around in an attempt to locate an alternate source of financing for the settlement of the property. With the changes to the contribution caps announced by the ATO, SMSF members would not be able to contribute as much to the fund post-30 June 2017. What may be a prudent move by trustees is to consider obtaining a pre-approved loan before they look to purchase the asset in question.

In respect to SMSFs acquiring real property as part of their asset portfolio, it has long been a concern that SMSF trustees are being approached by unlicensed property spruikers who are not acting in their clients’ best interests. Quite often the properties being promoted by the spruikers are in oversupply, overvalued and are not in the best location, resulting in the SMSF paying more than the property is worth on the open market. The Australian Securities and Investments Commission (ASIC) has advised real estate agents that they must have an Australian Financial Services License (AFSL) prior to recommending the use of an SMSF to invest in property. While a financial adviser is licensed under an AFSL, many don’t realise that a number of property experts are not licensed individuals and are sometimes incentivised by developers to promote property that may not be appropriate for SMSFs.

While there is no evidence that an increase of spruikers is prevalent, there are still spruikers out there who are recommending people invest in their own name who continue to act outside of ASIC’s control. Therefore, in order to avoid falling prey to spruikers, it is vital that trustees and their advisers ask relevant, unemotional questions and do their own research before investing.

Compliance and SMSF loans in 2017 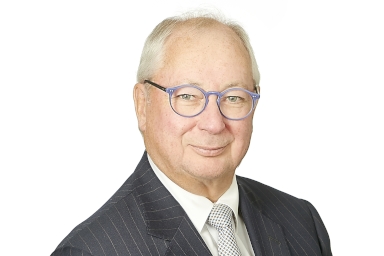