A closer look at the proposed changes to DPT

The exposure draft of the proposed diverted profits tax (DPT) has pros and cons that the industry should be well across before the crucial changes become law.

The new DPT will sit within Part IVA of the Australian tax law. This means it will override Australia's international tax treaty obligations.

Pros and cons of this approach

The stated purpose for the DPT is to force reticent multinationals to provide sufficient information to the ATO so it can properly assess whether there has been avoidance of Australian tax. With a special tax rate of 40% the Government is presumably trying to force non-complying tax payers to restructure, bringing additional profits into the Australian tax net, but to have them taxed at the standard 30% company tax rate, rather than the penal DPT rate of 40%.

Australia continues to act unilaterally, in passing international tax changes, which are inconsistent with and go well beyond internationally accepted rules which have been negotiated over the last two years through the monumental G 20/OECD BEPS process. This is ironic given the role Australia played in the BEPS process during its Presidential year, and the fact that it will presumably be lining up to sign the multi-lateral convention which will implement the treaty related BEPS measures.

The Australian Government continues to pass inconsistent unilateral legislation which is out of step with the globally agreed standards, and in a manner which inevitably will lead to double taxation of corporate profits. Again, ironically, Australia has committed to accepting binding mandatory arbitration for the resolution of double tax disputes that arise under Australia's many double tax treaties. However, the DPT and Multinational Anti-avoidance Law (MAAL) amendments preclude access to those double tax relief procedures.

The DPT will operate in an area which is already very well covered by relevant tax law. Exactly how it will interact with the existing rules remains to be seen, in practice. What will happen is that affected taxpayers will incur very significant compliance costs to determine whether or not they are even covered, let alone demonstrating that they should not be covered.

The cynics will say this is entirely in line with the government's objective – to make the area so confusing, and compliance so expensive, that multinationals will throw up their hands and simply maximise the reported Australian profits, and thus Australian tax.

Australia and the arm’s length standard

A key issue which was heavily negotiated through the BEPS project was whether or not the arm’s length standard should remain the centrepiece of sharing taxing rights between sovereign states. The answer was a resounding yes, with the alternative proposition – global formulary apportionment (GFA) – again losing the competition.

The idea of the arm’s length standard as a common basis for all countries, particularly with regard to the globally agreed transfer pricing standards, means that there should be little or no double taxation of underlying corporate profits. If double taxation should arise in a particular situation, then a treaty process of negotiations between the revenue authorities of the competing jurisdiction should take place, with an outcome – which under the BEPS changes will lead to a binding arbitration in the absence of a negotiated result.

Recent experience with the ATO's application of the MAAL indicates the arm’s length standard is no longer the key plank of international taxation that once it was. Rather, it seems the ATO is adopting what can be described as a near-GFA approach to international taxation. This is contrary to Australia's commitment to global consensus. It may lead to double taxation of corporate profits by a means which will exclude taxpayers access to the treaty relief arrangements that have been globally designed.

A closer look at the proposed changes to DPT 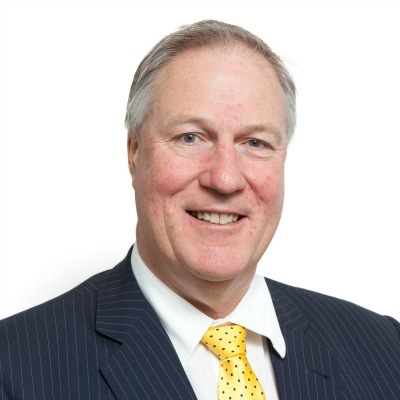