They said accountants had no future, and they were wrong

As another tax season draws to a close, it’s time to look back and assess how some of the trends that have been emerging in tax have played out over the past few months – and the numbers bode well for accountants.

As of mid-October (the latest date for which figures are available), nearly 7.4 million individuals had lodged their 2016 tax returns, nearly 2.5 million of them using the ATO’s own online lodgement system, myTax. The rest – well over 5 million returns – were lodged by tax agents.

On the face of it, those look like healthy figures for tax agents but with an apparent market share of around 67 per cent, it’s worth noting that the percentage of returns lodged by tax agents so far this tax season is notably lower the overall figure for 2015, when the percentage reached about 74 per cent, a figure that’s broadly in line with the trend for tax agent lodgements over many years.

Of course, there are still plenty more lodgements to come in between now and the final deadline for agent-lodged returns next May, and it can be expected that the trend over that period will turn decisively in favour of tax agents, partly because the deadline for self-lodgers is now past and partly because remaining returns tend to be more complex in nature and less suited to the ATO’s do-it-yourself system. The final percentage for agents may yet be broadly in the same ballpark as last year.

Many people – myself included – worried that myTax could turn into the Uber of the tax world, the digital disrupter that overturns current business models and drives many practitioners out of the market. So far, thankfully, there hasn’t been much evidence of that happening.

In reality, the tax agent business model has proved remarkably robust in the face of the potentially game-changing ATO product. So why is that, and will it continue?

To answer the second question first, it must be the case that – having established itself in the marketplace – myTax will continue to win over new converts as the years pass. First of all, the product itself will continue to evolve and improve and the ATO’s robust and well-funded marketing effort will continue to generate a new pool of customers, either switching from using an agent or coming into the tax system for the first time (after leaving school and getting a first job, for instance) and turning to myTax as the default option.

MyTax is unlikely to the be the ATO’s last word on the digitalisation of the Australian tax system. Many eyes are already looking to the UK, which is a few years ahead with its controversial Making Tax Digital (MTD) product. MTD will give every individual and small business access to their own secure digital tax account, like an online bank account, that enables them to interact with the UK tax authorities (HMRC) digitally. By 2020, businesses and individual taxpayers will be able to register, file, pay and update their information at any time of the day or night, and at any point in the year. For the vast majority – individuals and business, simple and complex – there will be no need to fill in an annual tax return as HMRC draws in vast amounts of data and information from external sources to power a real-time picture of the taxpayer’s tax affairs.

Some of the concepts within the MTD project are either already here in Australia or are in development. Others – particularly around the digitalisation of business tax – will certainly be on the ATO’s radar. It sounds scary but one lesson emerging from the UK loud and clear is that digitalisation isn’t necessarily a threat to practitioners. Indeed, evidence presented recently to the UK Parliament highlighted that compliance costs for businesses, in particular, are likely to increase in coming years as they require more frequent interactions with their accountant and tax agent.

This brings us back to the reason why the tax profession has put up such a robust defence to the threat of myTax. The reality is that no matter how user-friendly the product and how slick the marketing, myTax is operating in an environment of extreme complexity. Put simply, most taxpayers don’t understand tax and are nervous about doing it themselves. And, frankly, they are right to be nervous.

H&R Block recently undertook a study to review the accuracy of tax returns submitted through myTax. Of the sample studied, just over 60 per cent contained errors. About two thirds of those errors favoured the ATO and a third favoured the taxpayer, although by dollar value the errors favouring the taxpayer tended to be larger (the biggest was a taxpayer who had benefited to the tune of over $14,000!).

Those findings were supported by other recent research, which highlighted that while over 90 per cent of self-lodgers were confident that they had completed their myTax returns correctly, over 50 per cent of the same group was unable to accurately identify the correct treatment of common deduction items such as self-education costs and work-related clothing, and well over half were unaware that income from pursuits such as ride-sharing is taxable.

Little wonder then that the majority of existing lodgers are choosing to stick with their tax agent. Knowledge and expertise carry a premium and the evidence so far suggests that for peace of mind purposes, people are prepared to pay that premium.

So, the messages are mixed. There can be no doubt that further investment will continue to boost myTax and it is likely to become the product of choice for many coming into the tax system for the first time. For the majority of existing lodgers, and for those whose life journey takes them into territory that leads to increased interaction with the tax system (through building investment portfolios and starting businesses, for instance), there will always be a need for clear, knowledgeable and reliable advice – and accountants and tax agents will be well placed to provide it. For small businesses, the move to digitalisation will, if the UK example is anything to go by, increase the need for professional help, not reduce it.

It may be a little early to write off the accounting profession yet.

They said accountants had no future, and they were wrong 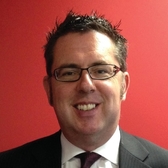