The calm before the legislation

The next stage of anti-money laundering legislation is set to cast an industry-wide net: are you across it?

The federal government is in the process of launching a consultation on the second tranche of Australia’s anti-money laundering and counter-terrorism financing laws, most likely by the end of the year.

The original anti-money laundering laws were created a decade ago to compel banks, casinos and fund managers to identify and report the sources and destinations of their financial flows. The next stage of legislation will be designed specifically for lawyers, accountants, jewellers and real estate agents to also report both the sources and destinations of their cash flows. The legislation will force these industries to comply with anti-money laundering legislation for the first time.

The Minister for Justice Michael Keenan has said the government will consult extensively with relevant stakeholders before finalising legislation, but the reforms will undoubtedly cause considerable strategic change within the relevant industries.

The affected industries should be given a timetable to prepare for the implementation and the action that they will need to take to become fully compliant with the legislation. However, regardless of any timetable imposed, the industries affected will need to adapt their strategies to comply fully.

Adhering to anti-money laundering legislation can be expensive for affected industries. In the USA an estimated $7 billion is spent annually on implementing regulations for a variety of industries. Yet in the wake of the Panama Papers, there is increasing global pressure on detecting money laundering, particularly focusing on the real estate market, where the monitoring of foreign cash flows has until now been relatively light.

A number of Australian industries are due to be affected by tranche two of this legislation, with companies of different sizes and scales expected to comply with Australia’s anti-money laundering regime. The prospect of dealing with this exacting legislation is daunting from a strategic, manpower and financial perspective.

To make sure a company is fully compliant with legislation, one option is to bring in a team of experts who can make sure that all the moving parts are in place. However, this can be time-consuming and costly, especially for a smaller firm without the luxury of significant resources to expend on new legislation (though I’m sure no company would claim to have significant resources for this!).

The silver lining is that small businesses can become compliant without the expected cost outlay, with the right systems in place.

The second tranche of legislation has long loomed over the legal, real estate, accounting and jewellery industries, but it seems it might finally be coming to Australia, after New Zealand firmly committed to setting a deadline for its own anti-money laundering laws by 2017 at the latest. The need to be prepared for a solution to make the company compliant in the fight against global financial crime is paramount.

After the Financial Action Task Force’s 2015 criticism of recent inaction on money laundering, the wheels for legislation now appear to be in motion in Australia.

A large number of Australian companies are set to be affected by these proposed laws, and will start to make their strategic preparations – are you ready?

Michelle Weatherhead is the general manager of commercial solutions sales at BAE Systems.

The calm before the legislation 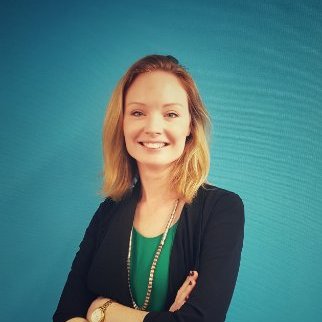