Through ATO ID 2015/27 and ATO ID 2015/28 the ATO seems to have cemented its position in relation to the application of s 295-550 of the Income Tax Assessment Act 1997 (Cth) to related party limited recourse borrowing arrangements (‘LRBAs’).

The ATO has since confirmed that their approach to this issue in future private rulings and litigation will be consistent with their view in ATO ID 2015/27 and ATO ID 2015/28.

"SMSFs that are not benchmarked should consider doing so before any ATO audit activity occurs. Hopefully, the ATO may provide an amnesty to encourage SMSFs to benchmark to arm’s length. The big question here is whether the ATO will require retrospective adjustment."

Well it appears that the hoped-for amnesty has arrived. At a meeting of the Superannuation Industry Relationship Network on 10 November 2015 the ATO confirmed that SMSF trustees should review their LRBAs to determine whether they were established and maintained on terms that are consistent with an arm’s length dealing.

While not certain, it also appears that the ATO will not require retrospective adjustment, stating that

"We will not be selecting an SMSF for review for the 2014-15 year or earlier years purely because the fund has entered into an LRBA."

The ATO is to be commended for this pragmatic and fair approach. Allowing SMSF trustees to review and amend their loan terms seems fair and reasonable, particularly given various uncertainties that existed up until recently regarding related party LRBAs.

The amnesty is not open ended however, with SMSF trustees being encouraged to take the actions suggested before 30 June 2016. From that time:

"The Commissioner may allocate compliance resources to review an LRBA of an SMSF for the 2015-16 year or later years."

Further, while the ATO is not dedicating compliance resources to review an LRBA of an SMSF until 1 July 2016, if the ATO come across an SMSF with a non-commercial LRBA via their usual activity in the meantime, the income of the SMSF might be taxed at the non-arm’s length income tax rate of 47% in accordance with s 295-550 of the Income Tax Assessment Act 1997 (Cth). It is clear then that it is in the best interests of SMSF trustees to get their house in order sooner rather than later.

So what does this mean for SMSF trustees with an LRBA related party loan?

We understand that with a diminishing number of banks willing to lend to SMSFs, related party loans may seem like an appealing option. However SMSF trustees need to be careful to ensure that related party loans are strictly on an arm’s length basis to prevent SMSF income being NALI.

For those looking to enter into a new LRBA with a related party lender, proper benchmarking is crucial. In practical terms this means approaching a number of bank/unrelated lenders and obtaining quotes for the kind of loan terms they would offer to the SMSF in their particular circumstances, and then ensuring that the related party loan mirrors the terms offered by the unrelated lenders. For those who have already entered into an LRBA with a related party lender, now is the time to closely review your LRBA to ensure that it will stand up to ATO scrutiny.

Favourable loan terms which may suggest that a related party loan is not on an arm’s length basis include:

• loans with 0% or low non-commercial interest;

• high loan to value ratios; and

• single lump sum repayment at the end of the loan term rather than regular periodic repayments.

Those who are concerned that the favourable terms of their related party loan may give rise to NALI should seriously consider changing the terms of their loan to ensure that the parties are in the same position they would have been in had they dealt at arm’s length. While the ATO are yet to define a ‘safe harbour’ it is certainly prudent to mitigate the risks by having well-documented ‘benchmark’ evidence to indicate arm’s length terms and conditions. 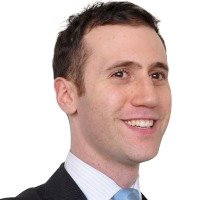