Small business was definitely the clear winner in this year’s Federal budget. However, beyond the lustre of stimulating the economy, what will the various announcements mean for small businesses and those advising them?

Two areas of significant potential benefit for small business were the expansion of accelerated depreciation and the increase in the asset write-off threshold to $20,000 - a very generous announcement which is significantly higher than the existing $1,000 threshold and the previous $6,500 threshold, and double the $10,000 threshold recommended in the Henry Review.

These changes will simplify the current arrangements for accelerated depreciation and reduce the compliance costs for businesses when they calculate the depreciation of assets under $20,000 on their tax return.

There’s been much speculation as to how businesses will take advantage of this limited time offer (available until 30 June, 2017) with the expectation that car dealers and computer sellers will benefit most from a flurry of new purchases.

But rushing out to buy laptops and delivery vans isn’t the only way to enjoy the benefits.

This is because the low pool value threshold has also changed, meaning businesses should also consider their existing assets, not just those purchased after 12 May 2015.

According to the Budget papers and the ATO, those existing low-value assets in a pooling arrangement can receive the full 100 per cent deduction if the pool has a total value less than $20,000 at the end of the financial year.

Small business owners may be left scratching their heads at the concept of low-value pools. In fact, many may have opted out of the pooling arrangement altogether and in doing so been locked out of the concession, as this was previously the policy in place.

To ensure fairness, the government has announced that as part of these new measures, those who have previously been locked out can now opt to use the pooling arrangements immediately, so they could be pooling low-cost assets to deliver an instant write-off come tax time.

Pooling represents a great opportunity for small businesses to claim deductions for low-cost or low-value assets that may otherwise have been written-off over the life of the asset, but they require the assistance of qualified advisers to navigate the process.

Enlisting the help of a qualified adviser will also ensure any deductions are handled legitimately as concerns have already been raised that the system could be open to fraudulent manipulation.

The devil is always in the detail. I advise small businesses to hold off on any shopping sprees until Treasury emerges with the fleshed-out provisions and the legislation is passed.

The lesson, as always, is to make sure you seek good advice before heading too far down an unknown track – however enticing it looks! 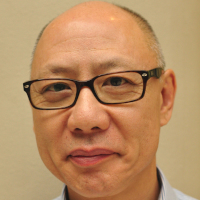 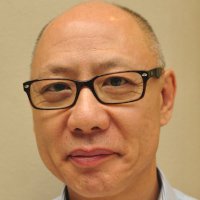 Michael Chow BA, LLB is the editor of the Australian Master Tax Guide and head of tax news at CCH Australia. He also writes for a number of other CCH tax products. Previously, Michael worked in various technical areas of the ATO, including the Appeals and Review Branch.

Michael Chow BA, LLB is the editor of the Australian Master Tax Guide and head of tax news at CCH Australia. He also writes for a number of other CCH tax products. Previously, Michael worked in various technical areas of the ATO, including the Appeals and Review Branch.