Understanding mediation to maximise value as an adviser

Without much fanfare, mediation has evolved in recent years from an interesting 'alternative' to traditional, court-based dispute resolution to an integral and unavoidable stage of almost all disputes – mandated by legislation, court ordered, or contractually required.

But not all participants – parties, their lawyers and the accountants and other professionals who support them – have fully adjusted to this, and many still conduct themselves as they would in formal litigation, depriving themselves of the opportunities that mediation creates.

In order to achieve optimal outcomes from mediation, all involved should recognise that the decision-making process is very different. In court, the task is simply to convince the judge; mediation has additional complexity. A party needs their expert evidence to fulfil potentially four distinct roles:

1. To allow themselves to make an informed assessment of the likely outcome of trial (quantum and likelihood)
2. To create doubt in the other side so that they are motivated to agree to a favourable settlement
3. To provide clarity on the underlying situation so they know their own financial parameters
4. To articulate the commercial justification for the other side to agree a “fair” settlement

Whilst most parties will come to mediation in the hope of achieving resolution and avoiding (expensive, protracted and risky) litigation, there will often be such a divergence of views that parties will not be able to find common ground. In such a case, whilst mediation will not have settled the dispute, it may have clarified or narrowed the issues, and the expert evidence already prepared will usually be suitable for use at trial, or easily adapted so that it can be.

Mediation allows flexibility that doesn’t exist elsewhere in the dispute resolution process, so this flexibility shouldn’t be wasted. It includes making thoughtful decisions on the timing of mediation in order to improve the chances of a good outcome – rather than just waiting for directions from the court.

Finally, parties and their advisers should always consider the human elements of disputes – in financial and commercial matters as much as in any other area. Whilst disputes may formally arise between two organisations, in fact the key decision makers will be individuals with their own thoughts, perspectives and KPIs, so time spent understanding these can yield valuable insights. Even financial disputes are rarely just about money, so understanding the non-monetary drivers in the dispute will avoid wasting money.

This awareness of the human dimension should also extend to the conduct of those attending the mediation. Newton’s Third Law always applies – one side acting aggressively will always provoke an aggressive response, so it makes sense to remain moderate in tone unless aggression is tactically helpful

Mediation is no longer just a stage in the litigation process, but often the key dispute resolution mechanism – and this is increasingly becoming understood by litigants and their advisers. So the sophistication of experts and those who retain them, in their use of expert witness evidence for mediation, will continue to grow. Those who don’t understand and appreciate the differences will fail to make the most effective use of the expertise at their disposal.

Understanding mediation to maximise value as an adviser 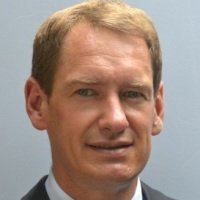 Andrew Moffat has mediated more than 150 financial and commercial disputes since establishing Constructive Accord in 2012. Before that, he was an investment banker in London, then a senior commercial banker in Melbourne.

Andrew Moffat has mediated more than 150 financial and commercial disputes since establishing Constructive Accord in 2012. Before that, he was an investment banker in London, then a senior commercial banker in Melbourne.