The proposed modernisation and simplification of the tax residency definition for individuals is long overdue.

The definition has been the subject of much conjecture in recent years, with the federal government using the 2021–22 federal budget announcement to provide a much-needed overhaul of the residency tests.

This issue has been especially important since 2009 when the exemption for foreign-sourced employment income for Australian residents was removed. There is now a much greater incentive for Australians working overseas to ensure they cease to be a resident, so they would be taxed on their salary only in the country in which they are working (where the tax rates will often be lower than in Australia).

The Morrison government has proposed a primary “bright-line” 183-day test which, unlike the current 183-day test, would provide certainty that if an individual is physically present in Australia for 183 days or more in a year, they will be treated as a tax resident.

The position becomes more complex, however, when someone is in Australia for less than 183 days in a year. In these cases, they must also need apply either the commencing residency test (if they were a non-resident in the previous year) or the ceasing residency test (if they were a resident in the previous year), each of which has a number of elements.

Applying these secondary tests may mean the analysis remains just as complex as it does under the current law. It is also likely that, while overall the new definition may offer greater certainty, more people will be treated as a resident than is currently the case, and that is of great concern to many Aussie expats who have qualified as non-residents under the existing tests.

Those who were non-resident in the previous year and spent less than a certain number of days in Australia during a year (45 days has been previously been suggested, but this will be confirmed when legislation is introduced) will not be treated as having commenced residency.

Also, those who were non-resident in the previous year and exceeded the threshold number of days in Australia (but less than 183 days) during the year may be treated as a resident from the day they arrive if they also satisfy the Factor Test. This requires they have any two of the following:

These four factors represent some - but not all - of the factors that have traditionally been considered by the ATO and the courts in applying the current law, which shows that some of the analysis under the new tests may be just as difficult and potentially subjective, and the benefits from this change may not be as great as they might appear at first glance.

This is an area that has created a significant number of disputes since the 2009 tax law change mentioned above, including the recent 2019 decision in Harding v FCT where the taxpayer successfully argued that he was a non-resident while working overseas, and all of these decisions depended on a subjective analysis of the particular circumstances.

Under the new proposals, someone who was a resident for the previous year but spent less than 183 days in Australia during the year may be treated as ceasing residency if they:

An extra layer of complexity was suggested by the Board of Taxation that applied further tests to individuals wanting to cease residency depending on whether they had been a “long-term resident”, i.e. resident for at least three consecutive years, or a “short-term resident”. It has not been made clear whether the government intends to include these tests in the legislation introducing the new residency tests.

If the outcome of these tests is that an individual is treated as ceasing residency, then they would generally be treated as a non-resident from their date of departure.

The proposal to introduce the more prescriptive primary “bright line” residency definition is welcome and should add greater certainty for individuals in determining their tax residency status, reducing the current reliance on decades-old case law and subjective analysis of a range of factors with no clear guidance on how much weighting each factor should be given.

It would also bring Australia more in line with the approaches to residency taken in many other countries such as the UK, where there has been significant movement of expats both ways.

There will inevitably still be hoops for expats to jump through in determining their residency status for tax purposes, and the new factor test is still subjective, but this latest development provides a degree of comfort that deciding tax residency will become easier in most cases. 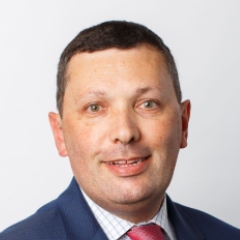