Deeds of Company Arrangement: Why they’re the best solution for struggling businesses

The federal government’s proposed new insolvency reforms for SMEs with liabilities of less than $1 million are a welcome relief in the current economic climate, but sadly, this is unlikely to prevent many businesses from entering into voluntary administration. However, if a Deed of Company Arrangement is then recommended, things can look a little rosier.

Voluntary administrations are helpful in that they provide space for struggling companies to resolve their issues and give them time for their future to be sorted out. As we know, the two paths once a company is in voluntary administration is to either move onto liquidation or, preferably, to enter into a Deed of Company Arrangement (DoCA).

So what are the advantages of a DoCA? A DoCA is a binding agreement between a company and its creditors that sets out how the affairs and assets of the company will be dealt with. By entering into a DoCA, a business can avoid being immediately wound up and creditors will hopefully get a better return than they may have in a liquidation.

DoCAs are preferable because they help to save businesses and jobs and give creditors an enhanced and quicker return. Of course, this is not always possible, but DoCAs are almost certainly always considered in any voluntary administration. One thing that a DoCA needs to show is that, at its core, it has to give creditors a better return than the immediate winding up of the company.

Some of the key advantages of a DoCA include:

The data found that during the July 2019 to June 2020 time frame, our business — Jirsch Sutherland — undertook 54 VAs which moved to 12 DoCAs — a 22 per cent conversion rate. When we chatted with Sivaa, he said a 22 per cent conversion rate is very good considering the types of industries involved in our particular cases, such as mining and construction, which require purchasing or leasing expensive equipment to keep operating.

The survey revealed a number of interesting insights, in particular that sometimes there may be a group entering into voluntary administration that has a number of entities and that while the group will move towards a DoCA, the entities won’t. Sivaa explained that instead, the creditors may decide to cut the entities to protect the core.

A quick scan of the news on any day shows the poor economic conditions are likely to continue into next year. In an attempt to get things moving, the Reserve Bank of Australia cut the cash rate to 0.1 of a percentage point on Melbourne Cup Day — the lowest level to date.

Most agree the insolvency sector will incur a lot more activity as government reforms and initiatives are removed, especially JobKeeper. When JobKeeper winds down, some businesses will be left with no crutch to hold themselves up. Small businesses are likely to be most affected, especially those who have taken their eye off the ball with regard to their cash flow. The personal capital and finance from the big four banks to get many small businesses operational without government support will likely be lacking to ensure an orderly trade-out for many operators.

There were always concerns about what would happen when the federal government’s temporary relief measures expired at the end of the year and its proposed insolvency reforms are designed to better serve Australia’s small businesses, their creditors and employees — and will enable SMEs to quickly restructure. And where restructuring isn’t possible, the reforms allow for businesses to wind up faster, thus enabling greater returns for creditors and employees.

A DoCA is the best restructuring tool we have in Australia in present-day insolvency law, but it has been under threat in terms of use by modern-day pre-insolvency advisers effecting legal and illegal phoenixing activities. Put simply, it can be an effective way to allow a company to avoid liquidation.

Deeds of Company Arrangement: Why they’re the best solution for struggling businesses 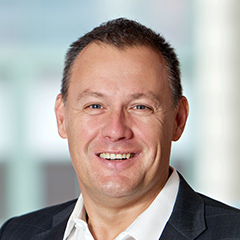