With so much attention firmly focused on COVID-19 and the effect it’s having on business operations, we’re concerned directors could find they inadvertently neglect certain responsibilities — or put them on the back burner until they have the time to deal with them. But such action is unwise, especially in light of new director responsibilities following the passing of the illegal phoenixing bill in February.

The Treasury Laws Amendment (Combating Illegal Phoenixing) Bill 2019 allows the Australian Securities and Investments Commission, the Australian Taxation Office as well as liquidators to take greater action to combat phoenix activity. The passing of the bill — which will be reviewed after five years — means accountants need to ensure their director clients fully understand and comply with the obligations of the companies to which they are appointed.

As we know, illegal phoenixing has been a major issue within Australia for years. A report prepared for the Phoenix Taskforce put the annual cost of such activities to the Australian economy at between $2.85 billion and $5.13 billion.

This illegal phoenixing legislation will enable ASIC and insolvency specialists to take greater action to combat illegal phoenix activity, with new criminal offences and civil penalty provisions for those company directors who fail to prevent their company from making creditor-defeating dispositions. It allows ASIC to make orders to recover property disposed of, or benefits received, under a voidable creditor-defeating disposition.

In addition, the new law enables the ATO to retain tax refunds where a taxpayer has failed to lodge a return or provide other information to the Tax Commissioner that may affect the amount of a refund, and it prevents the inappropriate backdating of director resignations or directors resigning if it leaves the company without a director.

The legislation is the federal government’s third within the insolvency law reform realm and follows the Insolvency Law Reform Act 2016 and the Treasury Laws Amendment (2017 Enterprise Incentives No.2) 2017 Act, which centred on safe harbour provisions for directors.

Extension of the director penalty regime

However, an element of the bill that may have been overlooked as we deal with the fallout from COVID-19 is that it extends the director penalty regime to goods and services tax, luxury car tax (LCT) and wine equalisation tax (WET). This new regime commenced on 1 April 2020.

It’s not the first time directors have been made personally liable for non-payments by their company. Even before the changes, directors could be liable for any unpaid pay-as-you-go withholding taxes and superannuation if they failed to put the company into external administration or failed to comply with a director penalty notice. However, as this now extends to unpaid GST liabilities, it significantly increases the personal risk directors take in committing to pay their company’s tax obligations.

While the latest changes don’t apply to retrospective amounts, the upshot is that from 1 April, directors who fail to lodge their BAS on time may find themselves personally liable. In addition, the ATO can make estimates of the company’s tax liabilities and recover that amount where it has reasonable grounds to suspect the director is involved in illegal phoenix activity. This is a further piercing of the corporate veil to make directors liable for the debts of the company.

According to the ATO’s draft Practical Compliance Guideline (PCG 2019/D4), an estimate of an unpaid net amount will generally not be made unless the taxpayer fails to engage with the Tax Office or refuses to co-operate in establishing the overdue and unpaid amount. The ATO states: “The ability to make an estimate reduces the scope of (illegal) phoenix operators and other non-compliant entities to escape their obligations.”

But before the ATO can collect these types of penalties from directors, it must first serve a Director Penalty Notice or DPN. Sent to the director’s home address, as recorded with ASIC, a DPN gives the director 21 days to pay or to place their company into liquidation or voluntary administration, to avoid enforceable personal liability. The ATO may also rely on a “lockdown DPN”, which applies with regard to the GST and other taxes if the BAS is not lodged within three months of the due date. What this means is that if lodgement has not occurred before the expiry of the three-month window, after the due date, the appointment of a liquidator or administrator will not avoid personal liability for the director for that reportable period.

The penalty will also apply to any director who resigns, in relation to the tax periods prior to their resignations where there are amounts that are outstanding.

This is a reminder that being a company director has significant personal exposure. In many cases, personal funds are required to be injected for start-up costs, and personal guarantees are needed for loans from financiers, for credit terms and for leases. This means it is often increasingly difficult to separate the individual from the company.

In our business, we’ve found a major concern for a company director if a company fails is having a liquidator attack them personally for trading while insolvent. But directors now have much greater personal exposure to be worried about before that eventuates.

The corporate veil is pierced much earlier, so it is imperative for directors to be aware of their obligations, particularly regarding the lodgement of returns on time, or at least within three months of the due date. There is no need for directors to add to their personal exposure by including the Tax Office. And if they lodge on time and can’t pay, they may be served with a DPN, so it’s important to seek professional advice early if this is expected to be a concern.

So, while the federal government has implemented a number of initiatives to assist businesses during the COVID-19 pandemic, it is imperative that directors remain aware of all their responsibilities. Once the pandemic passes, there is little doubt the ATO will chase and initiate proceedings against any director who is not meeting his or her responsibilities. 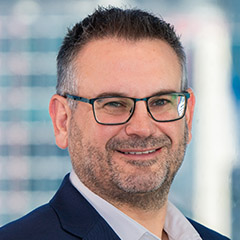