How voluntary administration helps companies get back on their feet

It’s not surprising that each day we’re hearing more reports of businesses going into voluntary administration. The perfect storm of cyclones, drought, bushfires and now the coronavirus pandemic are being blamed for the spate of companies — big and small — going down this path. Retailers, advertising agencies, restaurants, sporting groups, even major airlines have gone into or are facing voluntary administration.

As insolvency specialists, we’re very familiar with the benefits of voluntary administration (VA), but realise they may be less well understood by accountants who don’t specialise in this area — just as I don’t understand the finer details of complex taxation or SMSF audits. In fact, I find some accountants are quite surprised when they learn about the powerful effects a VA can have on their clients’ businesses.

In a nutshell, a VA is merely a mechanism that gives directors and secured creditors a chance to save an insolvent company. There’s no doubt that going into VA is stressful, sometimes equal to the stresses of being a director of a company that cannot pay its bills on time, but it does provide companies with breathing space so they can set about resolving their issues, with the goal of trading profitably into the future.

In fact, VA has been helping companies deal with complex financial problems since 23 June 1993, when the regime was introduced into the Corporations Law by the Corporate Law Reform Act 1992 (Cth).

VA may be an insolvency process, but it’s one that aims to sort out the future of the business as soon as possible (the earliest being four weeks). It allows the insolvent business to continue to operate, using the voluntary administrator’s protection, powers and moratorium that no ordinary adviser can bring. If it simply isn’t possible to continue to trade, the voluntary administrator brings a swift end to the business’s affairs, which mitigates the financial losses.

As soon as directors are aware they can’t pay their company’s bills on time, then it’s time to consider appointing a VA. This will help maximise the chances of the business’ survival. The longer an insolvent company takes to make a decision to appoint a VA, the fewer the options that become available, and the more likely chance that liquidation becomes the only viable alternative.

Some of the advantages of VA include:

However, the key advantage is that a VA appointment immediately suspends most creditors’ claims against the company, thereby buying that important breathing space. Directors can then work with the voluntary administrator to implement an operational restructure that builds a proposal for the company’s future. This proposal deals with matters such as how the company will operate, what assets will be sold or retained, and how much and when creditors will be paid.

If creditors accept the proposal, it is then documented in a deed of company arrangement (DOCA), which is simply a contract between the company and its creditors, monitored by a deed administrator (who is usually the voluntary administrator, helping the company).

The speed of the process is also noteworthy as it means directors know reasonably quickly what direction the business will be moving towards, which is especially good for the mental health of all involved.

At the end of the VA, the company can enter into a DOCA with its creditors, or it may be placed into liquidation. If the DOCA suggests the company can continue to trade, the control of the company usually reverts back to the company directors. If the company’s creditors approve the DOCA, it will also eliminate possible insolvent trading claims, unreasonable director-related transactions and unfair preference payments made to suppliers of the company. In effect, a DOCA creates a win-win-win environment for all stakeholders.

The issues companies are facing as a result of COVID-19 mean we are likely to see more VAs as they tend to be used after extraordinary events occur, or if there is a shift in the business landscape. An extraordinary event can be both micro and macro, such as a large debt write-off or the coronavirus. When a business’s working capital and therefore cash flow is significantly impacted by an adverse event — but the underlying business is viable — then the VA can be a successful process. VA and DOCA are some of the most effective tools with dealing with business distress.

The VA process can also be used to successfully restructure a business’s operations when management identify that the current operations are no longer viable. For example, the spate of retail VAs will no doubt result in various forms of operational restructures in an attempt to preserve elements of the business that are viable. This will most commonly manifest in the closure of underperforming stores but may also result in complete strategic shifts — for example: a move from mail order to online retailing and digital marketing.

At Jirsch Sutherland, we often see businesses enter into a VA too late, with no access to further funding through shareholder capital, investor capital or debt. In those instances, the VA can still be successful through a sale of the business and assets, such as what happened with Darrell Lea’s VA. The incoming party often acquires the business and assets at a discount (mainly because of the loss of goodwill and the need to recapitalise). If that is coupled with a successful restructure plan, it can result in the business not only surviving but also flourishing — as in Darrell Lea’s case.

It’s important to note that companies (and other incorporated entities) can take advantage of a VA. It’s just at the moment, retailers and hospitality businesses have been the hardest hit and getting the most media attention. At Jirsch Sutherland, we have successfully undertaken VA/DOCA appointments from small family-run restaurants and large mining companies to “single-truck” logistics businesses. There are no restrictions on a business’ size. But the secret is to not leave seeking help until it is too late.

Another concern faced by directors whose businesses are experiencing financial difficulties is insolvent trading claims. However, there is legislation designed to help with this, known as “Safe Harbour”. The Safe Harbour legislation gives directors who are concerned about their financial situation a period of time in which to turn around their business, while providing a defence for insolvent trading claims. It is a mechanism that is not broadcast publicly and is usually kept secret between the directors and the “Harbour Master” (an affectionate term used for the “appropriately qualified person” who assists directors with the Safe Harbour mechanism).

Directors do need to be proactive about setting their business back on the right course, as failing to act is closely aligned with breaching their director duties. This includes getting their accounts in order, meeting substantial taxation compliance and seeking professional help from a qualified adviser. A restructuring plan also needs to be developed and implemented.

There are a number of procedural requirements to trigger the Safe Harbour protection, so speaking with an experienced and qualified adviser is highly recommended.

If the attempt to improve the company’s situation ultimately fails, then the directors will be able to rely on a Safe Harbour defence down the track if they can show they took action that was reasonably likely to lead to a better outcome overall for the company and its creditors as a whole.

How voluntary administration helps companies get back on their feet 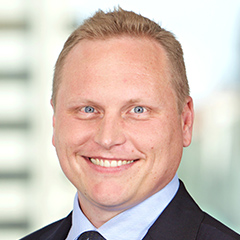