Let’s get this straight: There is a gender pay gap in accounting

Why are we still arguing about whether there is a gender pay gap? It seems astonishing that there are still sceptics, including in the accounting profession, who believe the gender pay gap is a myth.

More than that, they think reports highlighting the gap, like Chartered Accountants Australia and New Zealand’s annual Remuneration Survey, are faulty, biased and even dishonest.

These remuneration results, when posted on social media, triggered comments of denial alongside accusations of politicising the issue. Some argued they had never encountered it, and in any case, it was illegal and therefore didn’t exist.

In all likelihood this is a fringe line of thought. You can’t help but be reminded of other more high-profile forms of denial.

But the facts show the gender gap well and truly exists. And it is significant. Our latest Remuneration Survey reveals that last year, in both Australia and New Zealand, the average female Chartered Accountant earned around a quarter less than a male CA – down from around 28 per cent a year earlier.

So, although it has lessened a little, a significant gender pay gap persists and is proving hard to shift.

Some of the gender pay gap denial is based on a misunderstanding of the difference between the gender pay gap and equal pay for the same work. Failing to do the latter is illegal. The gender pay gap is much broader than equal pay. It takes into account all remuneration for men and women who are working full time, so includes things like opportunity for promotion, time-off in caring roles and also pay.

The deniers say that women are not promoted, and therefore paid accordingly, because they don’t spend as much time on the job as men or have as much experience. As I read in the FT last year, men still reach their peak salary earnings later than women.

There is an obvious relationship between the age a woman earns her peak salary and the age at which she must seek flexible work options or take time off work to have children. Men are not faced with this same dilemma – they can stay at work, compete and seek promotion.

It is complex. It is not simply about comparing apples with apples on an hourly pay scale between men and women but looking at the broader context of diversity and inclusion in the workplace and the disadvantage women often face from taking time out for caring roles in terms of pay and opportunity.

From this wider perspective, it is even more disturbing that the pay gap persists. An age bubble which sees older males clocking up more years of experience, and so holding more senior positions, explains around 70 per cent of the gap. However, in part men have been able to get ahead because there is no societal expectation that they make time for family. The other 30 per cent is unexplained by our survey.

It’s not an excuse, but accounting is not alone in having a gender pay gap. Almost across the board in Australasia, women are paid less, fewer make senior positions and fewer again sit on boards.

Discrimination and bias against women in selection processes, women taking more time off for caring duties and inflexible workplace practices all contribute to the gender pay gap.

Often employers and senior figures in the accounting sector are in agreement that the gap has to be closed. Significant initiatives have been put in place to try and redress the situation – education, mentoring younger women, and initiatives such as New Zealand Champions for Change, WGEA reporting and championing successful women in the sector. But despite all the affirmative action, and talk, our survey highlights a significant issue remains.

Understanding the extent of the issue in individual work practices is a good first step. Pay gap analysis can identify important hot spots in your workforce. And boards and managers will respond to these sorts of numbers and data.

But start small. Start with a bit of empathy rather than an entrenched position. Increase your understanding and connect with your colleagues.

Walk a mile in her shoes, no matter how uncomfortable they are.

Let’s get this straight: There is a gender pay gap in accounting 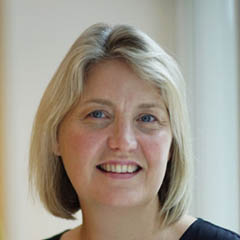