Lessons from the Kiwis on tackling money laundering and terrorism financing

The recent tragedy in Christchurch has brought back into focus the need for the Australian government to act now and tackle money laundering and terrorism financing.

The legislation, the Anti-Money Laundering and Counter–Terrorism Financing Act 2006 (AML/CTF Act), was introduced over a decade ago with the goal of detecting and deterring money laundering and terrorism financing by monitoring organisations in the financial sector (including banks, casinos and a range of financial services providers), the gambling sector, bullion dealers and remittance service providers.

While the preliminary phase only impacted 14,000 entities in Australia, the second wave, which is set to include accountants, real estate agents, conveyancers and lawyers (collectively referred to as DNFBPs or designated non-financial businesses and professions), will impact over 100,000 businesses across the country.

Without these gatekeepers locked in, the banking sector believes it is propping up the regime and faces an undue burden. However, the effectiveness of the existing regime is already in question; you just need to look at the AUSTRAC v CBA and allegations the Commonwealth Bank breached anti-money laundering laws.

This, coupled with the banking royal commission inquiry, demonstrates the need for more effective regulation and transparency across the board. All in all, there is increasing pressure on the federal government to roll out the second phase of the AML/CTF Act.

And much like any Bledisloe Cup result, while the Australian government has seemingly been ruminating on the impending legislation, those pesky Kiwis have gone and put in place the second phase of their AML/CFT Act, going from lagging well behind to leading the way.

The original commitment, set out in the Australian government’s Project Plan published in February 2017 (now conveniently removed from any government website), detailed how legislation incorporating DNFBPs and was due to pass by the end of 2018.

Australia’s failure to incorporate DNFBPs into the legislation is becoming an international embarrassment, which is subsequently handicapping the country’s ability to fight transnational crime and terrorism financing.

Not mandating the second tranche of the AML/CTF Act could also bring an increase to the cost of doing international business for Australian companies.

The time to act is now if there is to be any hope of progress. The government simply cannot afford to let things slip any further.

It should be noted that since the Kiwis rolled out the second phase of the AML/CTF Act, it has not all been smooth-sailing.

There are important lessons for Australia’s own tranche 2 roll-out to be learnt from our neighbours across the ditch, who made some mistakes when implementing the second phase of the regime recently:

As a whole, there has been criticism of the speed with which the New Zealand Ministry of Justice brought in the second phase of the AML/CFT Act, including how the sector supervisor, the New Zealand Department of Internal Affairs (DIA), has managed its role.

It appeared there was an urgency to get the legislation through prior to the country’s general election on 23 September 2017 which seriously reduced time for consultation.

The New Zealand Cabinet made several policy decisions that were “non-negotiable” from the beginning. As a result, there was a belief by businesses and individuals that the consultations were not genuine, and that the outcome was predetermined.

The result? There was very little “buy-in” by Phase 2 entities.

This lack of general acceptance meant that the New Zealand government agencies partnering on this work were often met with vast amounts of animosity. People constantly wanted to re-legislate the policy outcomes after the event instead of focusing their efforts on implementation.

It was a little over two years from the initial New Zealand consultation paper to DNFBPs being subject to the second phase of the legislation. The sheer pace of reform put a lot of undue pressure on individuals and businesses who struggled to get ready in time.

As a result, some businesses have now changed their business model to get themselves out of the regime, although this was not the policy intention.

The DIA’s use of ambiguous language in its guidance has not been well received either (it has been accused of fence-sitting/being non-committal on more than one occasion). Nor has its lack of knowledge of the Phase 2 professions it now also has to regulate. However, this too is down to the speed of adoption and not having enough time to learn.

For Aussies, the time to act is now.

While on a macro level, there are many lessons to learn in the implementation of the extension of this legislation, assuming the second tranche of the AML/CTF Act will come into effect sooner rather than later. On a micro level, it’s important for individuals and businesses to plan ahead, and more importantly, make their voice heard on any proposed changes to ensure the framework is fit for purpose and workable in practice.

Lessons from the Kiwis on tackling money laundering and terrorism financing 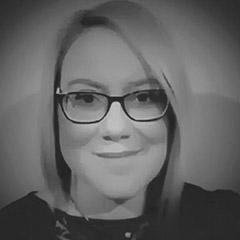