The time is ripe for holistic tax reform

As the macroeconomic landscape changes, Australian tax reform needs to be holistic and the reform discussion should not be restricted to headline rates or specific concessions.

BDO’s 2018 Tax Survey found “Australia has been tinkering around the edges of holistic tax reform for over a decade, while other countries move ahead.” The discourse must revolve around both the breadth of the tax base and the prevailing tax rates. If they are balanced properly, you can actually broaden the tax base, reduce tax rates and collect the same amount of revenue.

How do we broaden the base?

Countries all over the world have achieved this where Australia has tinkered around the edges for nearly a decade. There have been minor reforms here and there: tightening up thin capitalisation rules, getting rid of the investment allowance, etc. These progressive attempts to broaden the base have resulted in increased revenue being raised but that revenue has not been used to reduce tax rates. Instead, governments have used the revenue raised to bring in specific concessions, like the currently debated small business write-offs. These piecemeal concessions chew up the capacity to do anything around tax rates.

We are then left with a tax rate that is high internationally. Further the reduction to rates for small business only has clearly produced a two-tier system. For some companies, it may not be worth expending the resources to determine whether the reduced corporate tax rate of 27.5 per cent is available. That is when you overlay the fact that it also affects your franking credits, the value of those credits and the flow on effect to shareholders, some companies get to the point where they say, “It’s all too hard. Just pay 30 per cent and forget about it.”

Short-termism and the electoral cycle

The three-year electoral cycle is partly to blame for these outcomes. Three-year thinking leads to specific tax concessions directed toward specific taxpayers (such as the small business asset write-offs); cynics may say so that both sides of politics are using piecemeal tax reform to attract votes. Some may argue these concessions stimulate the economy. Either way, it’s short term thinking. It’s not about building a long term, sustainable tax system.

The electoral cycle produces communication problems as well. Unless you’re a tax geek like me and love getting into the detail, most people don't understand the distinction between broadening the base and increasing tax rates. It’s too complex. It’s too hard to explain. The simplistic view is, “Well, what’s the rate? Oh. It’s a 30 per cent rate? That’s a high rate.”

The debate never goes beyond the headline tax rate and we look very uncompetitive internationally. Whether that’s true and fair or not is another question, but people don't go into that level of detail. There’s not enough discussion about how much tax is being collected, how you calculate it and what the compliance costs are.

Putting GST back on the table

The limited nature of the debate also precludes discussions about sensitive issues like the GST. If you look around the OECD, the average rate of GST/VAT is in excess of 19 per cent and that’s an average. We’re at 10 per cent, and our GST is not as broadly applied as in some other countries. There are a number of benefits of putting the GST rate up to fund income tax cuts. You’re actually changing behaviour because you’re moving taxing away from income generation to consumption. You’re encouraging people to earn more by lowering the tax on an extra hour of work. You have an impact on productivity because people are not going to be taxed as much on their income. Conversely, you’re disincentivising people from spending, therefore encouraging saving. And when you look at the current level of consumer debt in Australia, I would have thought that’s a very sound policy to pursue.

The silent cost to businesses

The problems with tinkering around the edges of tax reform are numerous. As a society, we end up with layers of legislation giving rise to layers of complexity, specifically layers of anti-avoidance rules. And the consequence is, someone may just be running their business, not doing anything mischievous, but all of a sudden they have all these rules and complications to deal and comply with. With complications comes compliance costs and from an economic perspective that’s unproductive time. The complexity is taking people away from their businesses and spending money on non-income producing activity.

The time is ripe for holistic tax reform 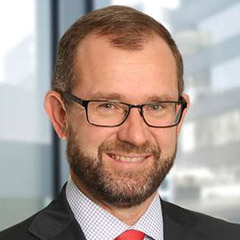