Your clients’ pension income: How it will fare under new legislation

The proposed removal of refundable franking credits will drastically affect the pension incomes of many people with SMSFs. Here’s how your clients could be impacted.

Faced with the prospect of less income, many retirees will either need to divest some of their assets to qualify for the age pension and refundable franking credits or adjust their investment strategies by reducing their exposure to Australian equities.

Our analysis shows that self-funded retirees with assets marginally above the asset test thresholds are likely to respond by reducing their assets to qualify for a part age pension and a full refund of franking credits.

Naturally, the government’s medium and long-term fiscal position would be adversely impacted as more retirees qualify and start receiving the age pension.

Other self-funded retirees, including a large cohort of SMSF members are likely to adjust their investment strategies by reducing their exposure to Australian equities.

Why do shareholders get franking credits?

Franking credits were originally introduced to eliminate the double taxation of company profits, once at the corporate level and again on the distribution of those profits as dividends to shareholders.

If this risk premium is removed or reduced, it stands to reason investors will reduce their exposure to Australian shares.

Obviously, this wouldn’t be the preferred option for many Australians, but self-preservation will likely outweigh all else. It’s worth noting that at 30 June 2018, SMSFs had over $229 billion invested in listed equities and this asset class represented over 30 percent of total SMSF assets.

A reduced demand for Australian equities relative to other investment classes will make it more difficult for companies to raise share capital. That makes for a smaller Australian equity market, which means that Australian companies wanting to raise capital may be forced to increase their level of debt. And a higher cost of finance tends to reduce employment opportunities.

From there, it’s easy to see a downward spiral: a reduced amount of capital available for reinvestment that further reduces employment opportunities and constrains economic growth.

Furthermore, the top 10 shares represented 12 per cent of total SMSF assets held, or just under 33 per cent of all Australian equity holdings. The most commonly held Australian shares at 30 June 2018, in terms of the total amount invested, are listed below:

This clearly illustrates a strong appetite for Australian equities paying high-yielding fully franked dividends. And for most retirees it is a critical cash flow that pays ongoing living expenses.

More than 72 per cent of respondents said they would change their investment strategy to compensate for the loss of franking credit income.

For SMSFs, paying a retirement phase income stream to members, having access to a reliable source of cash flow – like a fully-franked dividend – is a critical component of the fund’s investment strategy.

If refundable franking credits are removed, SMSF members are likely to change their investment strategy by moving their holdings of Australian equities to other types of investments such as overseas shares, direct property, investment trusts and managed funds.

Cue that downward spiral we outlined above: a reduced demand for Australian equities constrains access to capital for local companies, leads to higher debt due to the higher cost of finance, and affects employment.

In countries where no refundable franking credits exists the allocation of equities to debt and infrastructure is the opposite of the Australian superannuation industry’s asset allocation.

In simple terms a 10 per cent reduction in Australian equity exposure would remove approximately $240 billion from the Australian share market or roughly 16 per cent of the overall market value. This would be unchartered waters for how Australian companies would replace this level of funding. And if they find they can’t, then the impact on their economic viability would also be a new ponderance for local companies. One they could do without, no doubt.

Is the Pensioner Guarantee a protection if franking credit refund is removed?

The proposed pensioner guarantee does little to protect SMSF members from the impact of removing refundable franking credits.

The guarantee will apply only to an SMSF if one or more members of the fund were receiving a Centrelink pension before 28 March 2018.

This ‘at a point of time’ approach means an SMSF that didn’t qualify for the pensioner guarantee on 28 March 2018 but has members who qualify for a Centrelink pension sometime on or after 28 March 2018, will still not be eligible for a refund of excess franking credits.

To rub salt in the wound, this same person would be entitled to receive a refund of excess franking credits if they had an alternative retirement savings vehicle.

The same applies to new SMSFs established on or after 28 March 2018. These funds will not be entitled to the pensioner guarantee and will be denied access to refundable franking credits regardless of the assets of their members and their entitlement to Centrelink benefits.

For many prospective SMSF investors, this is likely to be a significant factor when weighing up the merits of an SMSF.

We don’t believe it’s appropriate for government to introduce a tax policy which reduces choice in the superannuation sector by favouring some superannuation segments over others, and which penalises individuals who decide to manage their own retirement savings.

The proposed policy to remove refundable franking credits is a key platform for the Australian Labor Party to fund $50+ billion in election promises. It is currently subject to an inquiry by the Standing Committee on Economics, which has received a detailed submission by SuperConcepts.

We will continue to fight for SMSF members and urge people to participate in this survey and provide insight on how this proposal will affect you and your retirement plans.

Your clients’ pension income: How it will fare under new legislation 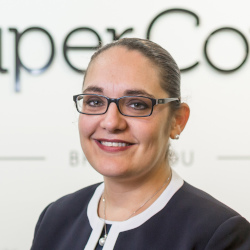