It has been nearly 30 years since the last recession. That means there is a significant number of business leaders and politicians that did not experience the recession at an age where they were old enough to have it etched into their memory, the way it would if they had lost a home due to foreclosure, or been unemployed while having to provide for a young family.

The banking royal commission has caused banks to recalibrate what they can properly lend families, which means credit growth is slowing to a standstill. On a more realistic account of spending, home prices in Melbourne and Sydney are likely to see falls of at least 10 to 15 per cent and perhaps even 20 per cent. These falls are a realistic possibility, as stated by various leading economists. However, it is not clear whether the central policies proposed by Labor will put even further downward pressure on asset values.

With the landslide Victorian election result, there is little to prevent the federal Labor party from backing off on their policies to end negative gearing on established homes, abolish franking credit cash refunds for self-managed superannuation funds (SMSFs), or remove the 50 per cent capital gains tax (CGT) discount. If this were to happen, the following outcomes are likely:

There is significant downward momentum in property prices currently. The timing is not ideal to eliminate negative gearing, as it could add to that downward momentum, and it risks creating a negative feedback loop. At some point the banks may panic if home prices fall too far, and they may further tighten credit from already very tight conditions.

Worse still, if unemployment rises, banks may face larger losses when foreclosing than they otherwise would if the property market was a little stronger. A costly government bailout of the banks could be required, so piling on the downward pressure on housing, while raising some tax revenue, may reduce economic activity and tax revenue but, in the worst case, may require a massive expense for Australian taxpayers who may need to bail out the banks in a severe recession.

If the Reserve Bank of Australia (RBA) cuts interest rates and house prices fall a little further, the cost of retaining negative gearing will reduce, so the cost benefit of this policy should be questioned; at the very least, the timing of the policy must be questioned.

Furthermore, the Wealth Effect is well-studied and proven. In simple terms, the poorer people feel if their assets fall in value, the less they spend. In Australia, more than 60 per cent of net wealth is tied up in people’s homes. Falling home prices can put a strong handbrake on spending, and this can crunch the outlook for small business, the largest employer in Australia.

RSM estimates, based on Australian Taxation Office (ATO) and CLASS data, that there are well over 600,000 SMSFs who may lose at least $5,000 on average in franking refunds. For SMSFs with no property, the average may be more than $8,000 per annum or higher.

This is significant because, despite many critics’ opinions, SMSF investors aren’t necessarily wealthy. Investing the average 2016 balance of $1,126,863 at 2.7 per cent will generate $30,425 pa, which is less than a couple earn on the age pension.

The hidden cost of wealth confiscation policies is removing the incentives for people to provide for themselves and not rely on government spending.

The lost income for SMSF investors will only further contain spending and economic activity, as investment income returns are reduced, so is spending, at a time when downsizing may no longer be viable due to the poor property market conditions.

CGT discounts further reduce investment confidence, as business owners and investors spend on projects based on expected after-tax returns they can achieve. So, any policy which increases capital gains tax will, at the margin at least, deter local investment at a time when other competing nations are reducing the tax burden on investment. This policy can reduce investment in many sectors including housing, with the housing and related sectors, being one of the largest employment sectors in the economy. Raising the cost of capital can impact on investment in a diverse range of job-creating industries.

There will be hundreds of suburbs across the east coast where middle-income households are seeing the value of their homes and investment property fall significantly. These households will reduce spending in their local economies, costing thousands of jobs. Many of these same households will lose access to franking credit refunds, which, for the average SMSF investor, will reduce income by around 10 per cent or $5,000 pa. This is another blow to small business who benefit from middle Australia’s spending patterns; it could mean a home renovation is deferred indefinitely, less dining out, fewer holidays, and more. The government cannot hire everyone, so private-sector job growth is key to economic growth, and increasing tax on capital gains will curb investment, and therefore job growth.

These policies are going to create new winners (recipients of government transfers) and losers (middle Australia, job-creating industries), but the transition phase is always disruptive. It will likely tip the Australian economy into recession if these policies are implemented over the next two to three years, as the economic activity outside of government spending is already tepid at best. 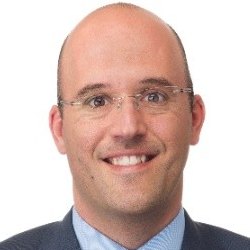