The consequence of payroll errors

The awards system in Australia is very complex, and a spate of recent cases has illustrated the importance of having detailed documentation around employment contracts and timesheets as well as good quality payroll software. Poor payroll systems can result in significant underpayments of both wages and superannuation guarantee.

Single touch payroll commenced on 1 July 2018 for those with 20 or more employees and legislation is in parliament to expand it to include employers with 19 or less employees from 1 July 2019. With single touch payroll, you report your payroll in line with your pay cycle being weekly, fortnightly or monthly. This means it is an opportune time to look at payroll software and ensure it not just is STP-enabled but also able to handle our awards system.

In July 2018, Lush Cosmetics Australia admitted it had underpaid over 5,000 workers by $2 million over the past 8 years due to a payroll system error. This occurred with the 2010 transition to the Fair Work Act’s system of modern awards. The errors were not deliberate.  Lush has a history of doing the right thing by their employees; rather the underpayments related to intricate elements of the Retail and Manufacturing awards. Lush stated the following examples of errors made ”when shifts were worked without the minimum 12 hour break in between, when staff worked more than 11 hours in one day, when part-timers worked outside their contracted pattern of work without sufficient documentation in place.”  In order to correct the error, the last 8 years of handwritten timesheets will be scanned, indexed, entered into payroll software and rerun. The cost of which is $1.5 million plus any penalties they may incur like the super guarantee charge (SGC).

The Australian Workers Union (AWU) v Bluescope Steel Pty Ltd [2018] FCA 80 case stated that “a variety of awards and agreements cover the employment”, but that at its most simple, the case was about what constitutes ordinary times earnings and what superannuation contributions should have been paid.

The case involved workers in Port Kembla who regularly worked overtime and public holidays but received a salary and what was their “ordinary working hours”. This was difficult to establish as “about 50 per cent of the time the additional hours weren’t recorded in the system”.

“Ordinary time earnings” was given the simple meaning of the earnings “for work done in ordinary time at the ordinary (not overtime) rate of pay”. A clause in the Port Kemblas’ workers agreement was that each employee “will work on average 5.425 of the eleven public holidays per annum and be rostered off on the remaining 5.575 days”. Making the work on the public holidays part of the “ordinary” hours required to be worked.

SG Amnesty – Legislation has not yet been passed

The government did announce a one-off, 12-month amnesty from 24 May 2018 to 23 May 2019 to allow non-complying employers to disclose any previously undeclared SG shortfall amounts dating back to 1992 – yes 26 years – as long as the payment was made during the 12-month amnesty period. During this period, the administration component will be waived, the Part 7 penalty will not apply and the catch-up SG payments will be deductible. However, the bill has not yet been passed and if the bill fails to become law, those employers who have made disclosures will be treated as having made a voluntary disclosure and the SG payments will not be deductible.

Another trap relates to contractor vs employee. Some companies, particularly direct selling companies, experience confusion when it comes to determining whether their workers are considered contractors or employees.  This issue was brought to light by the Full Federal Court in Ace Insurance v Trifunovski [2013].

The court held that the sales representatives, being employees of Ace Insurance, have the right to paid annual leave, sick leave and long service leave entitlements.

The Fair Work Act seeks to protect genuine employees from sham contracting arrangements by making it unlawful for a person or a company to:

In December 2015, the High Court of Australia confirmed that the sham contracting provisions extend to “triangular” arrangements, where employees are ostensibly engaged as independent contractors through a third party, such as a labour hire provider.  This means that employers cannot rely on third party arrangements to avoid liability for misleading representations about the true nature of contracts with their employees.

The Gig economy has increased the number of contractors and employers can get caught.  Sham contracting test cases are being prepared against Deliveroo and Foodora.

Casual vs permanent part-time and the annual leave consequences

It’s not just contractor versus employee cases that have emphasised the poor terminology or record keeping of businesses. Labour hire company WorkPac employed Skene, a dump truck driver for a mine, from 20 July 2010 to 17 April 2012. Skene’s roster was provided to him in January and covered a 12-month period. Skene worked on a 7-day on, 7-day off roster.  Together with permanent employees and other labour hire workers, Skene worked with the same crew for 12.5 hours every shift. Since he was a fly-in, fly-out employee, his expenses for accommodation and air fare were shouldered by the mine and he had his own permanent room where he was able to leave his personal belongings.

In Skene’s contract with Workpac, he was classified as a casual.  The contract also stated that he be paid a flat rate per hour, which included ‘a loading in lieu of leave entitlements’.  Skene was also required by the contract to submit timesheets and was paid at a flat rate of $50.00 per hour, and later $55.00, per hour. The contract provided for termination by one hour’s notice.

On 17 April 2012, Workpac terminated Skene’s engagement at the mine, and Skene did not receive any payment in lieu of untaken annual leave on termination.

The court held that the casual employment meaning should be based on common law, not on what was designated on his agreement at the commencement of employment. Additionally, because Skene’s wages were expressed in general terms, there was no designated amount or percentage attributed to the casual loading. Thus, the court did not allow Workpac to set off the casual loading against Skene’s entitlements.

Results of these cases remind employers to reassess their payroll function as their business grows.  Companies that overlook the little details related to employee contracts and payroll are exposed to serious risks and consequences.  Employers should give special attention to proper creation of employment contracts, documentation of time sheets, having quality payroll software and proper classification of their employees.

The consequence of payroll errors 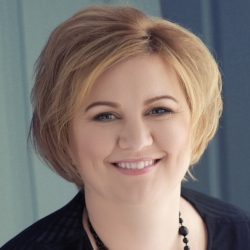