A change to Australia’s bankruptcy provisions is in the wings, marking the biggest shift since debts were paid in pounds and pence.

A seismic shift is about to take place in Australian bankruptcy laws that look set to pass the Senate this week, with the term of bankruptcy about to change from three years to one year — a measure not seen since the Bankruptcy Act increased the term back in 1966.

If passed, all bankrupts will be automatically discharged after one year, unless their bankruptcy trustee objects to the discharge beforehand.

There’s no doubt the reforms are well-intentioned.

One argument put forward by proponents is that the quicker discharge will promote ‘innovation’ and ‘entrepreneurship’ in the Australian economy by allowing individuals to return to business life sooner, free of the perceived restrictions and stigma of bankruptcy.

And it would make sense that in a fail-fast start-up culture, knowing you can be back operating quickly holds significant appeal.

But despite the benefits of 12-month bankruptcy for ‘genuine’ bankrupts, we believe the reform is dangerously over-simplified and could lead to the exploitation of our bankruptcy system by ‘rogue bankrupts’.

To understand the risks, here’s a real-life example.

A businessman was declared bankrupt on 1 July 2016, with unsecured creditors owed $250 million and a tax office debt of $5 million.

In the five years before becoming bankrupt, he hadn’t lodged any tax returns; six years before bankruptcy he was convicted for fraud and had been jailed for a year.

To make matters worse, the July 2016 bankruptcy was the second for the businessman in a decade — with creditors in the previous matter receiving nothing out of $100 million owed.

His business record also included an eight-year ban on being a director by ASIC.

Now, with this remarkably chequered record, provided the bankrupt complies with obligations post-bankruptcy which includes a duty to disclose how he disposed of his wealth, under current law, he will automatically be discharged from bankruptcy after three years and a day, on 2 July 2019.

This type of rogue bankrupt is the very type of bankrupt that requires greater and more intensive investigation and enquiry by a trustee.

If the proposed reforms are passed, the same bankrupt will be automatically discharged after 12 months, with no powers for the trustee to object to the discharge occurring.

It would be an outcome we think is contrary to what the public would expect and ordinary notions of good corporate behaviour — and there are, unfortunately, many bankrupts who by virtue of their pre-bankruptcy conduct should not be given a quick discharge.

The challenge for the federal government is separating rogue bankrupts from genuine bankrupts, and both the current and proposed laws make that task nearly impossible.

But these rogue bankrupts have significant implications for the business community, affecting creditors.

Without understanding and curtailing their actions, bad commercial behaviour will be rewarded, it will incentivise the commission of fraud and a new class of ‘professional’ bankrupts will arise for whom repeat bankruptcies form part of their commercial model.

So, what is the answer?

During our recent appearance before the Senate Legal and Constitutional Affairs Legislation Committee, we put forward a proposal that introduces a straightforward process to separate the rogues from the genuine cases.

We think 12-month bankruptcies should be supported for the vast majority of bankrupts whose financial difficulties have arisen through genuine economic hardship and legitimate business failure.

But two changes are required to the government’s proposal.

Firstly, discharge should not be automatic — it should only follow a streamlined, straightforward administrative application process initiated by the bankrupt.

Secondly, the law should recognise a set of specific criteria which, if present, make a person ineligible for a discharge from bankruptcy after 12 months and will allow for greater and more intensive investigation and enquiry to take place.

These criteria might include outstanding tax lodgements for at least three of the five years prior to bankruptcy, personal liabilities to the ATO in excess of $1 million or unsecured creditors exceeding $10 million.

The government might also remove 12-month discharge eligibility from those deemed high-risk phoenix operators, which would align with other pending reforms for phoenixing.

A conviction for fraud, offence of dishonesty or director ban in the 10 years prior to bankruptcy would also be a red flag, as would a prior bankruptcy in the previous five years, or a record of maintaining inadequate books and records.

For the genuine bankrupts the proposed reforms seek to help, early discharge after 12 months will be available upon application.

But this application process would mean declaring they have not displayed the kind of pre-bankruptcy conduct outlined above, thus discouraging bad practice from the start.

The government’s proposed reforms may be aimed at the innovators and entrepreneurs it hopes will accelerate the economy, but with no way to separate these from rogue bankrupts there is substantial risk in our bankruptcy system being exploited by these rogues. In fact, the government trialled a similar system to enable discharge after six months in 1992, which was quickly disbanded for the very reasons we are concerned about now. It was exploited in accelerating the period of bankruptcy.

Instead of the all or nothing one-year gamble, there are simple steps that strike a better balance between the real case for early discharge and the rogue. We are all in favour of the government’s’ innovation agenda, but not at the cost of the bad behaviour of rogue bankrupts who will exploit our bankruptcy system. 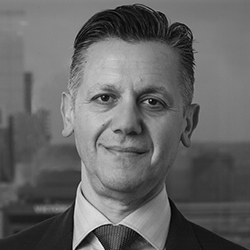