This year’s federal budget is a win for stability, larger families, and well-managed self-managed superannuation funds (SMSFs). There are unlikely to be significant losers from this budget when it comes to superannuation.

In handing down the budget, Treasurer Scott Morrison announced that the government will make no changes to the refundability of imputation or franking credits. This is in response to the opposition’s policy of removing refunds of franking credits, with some exemptions.

The fact that the government has taken a firm stand on franking credits suggests this may become an election issue.

One area that has changed is that the maximum SMSF membership will be increased to six members. This was announced in advance of the budget by Minister for Revenue and Financial Services Kelly O’Dwyer. This change will take effect from 1 July 2019 and will benefit larger families who were previously constrained by the maximum member number of four.

This means larger families can all be part of the same SMSF. Members also need to be directors of the trustee company. The increase in membership could let families pool more resources to purchase larger assets. However, it’s important for families to consider the future impact this could have if there is a family dispute or divorce, requiring assets to be split.

Further lessening the burden on SMSFs is the new reduced requirement for audits. Currently, SMSFs need to be audited each financial year by a qualified SMSF auditor. However, moving forward, SMSFs with good record-keeping and compliance history will be audited only once every three years. The exact nature of this proposed change will be subject to industry consultation and will apply from 1 July 2019.

Superannuation contributions will also be made easier for retirees over the age of 65. They will no longer have to meet a work test of 40 hours in a period of 30 days to be allowed to contribute to their superannuation. From 1 July 2019, this work test requirement will be removed in the first year in which the work test is not met. This means that retirees who receive a windfall will be able to contribute it to superannuation as long as their balance is less than $300,000.

High-earning individuals with more than one employer will be able to opt out of the superannuation guarantee system with one employer. Those earning more than $263,157 generally exceed their concessional contributions cap of $25,000, which means they have to pay more tax. This change means high-income earners with multiple employers can elect not to receive superannuation guarantee contributions from their second and subsequent employers and can, instead, negotiate to receive this amount as part of their salaries.

Overall these changes can be described as tweaks rather than reforms and they’re aimed at simplifying the superannuation system and giving people more options to manage their retirement savings. There are no real losers in this budget when it comes to superannuation, suggesting this budget was developed with an election in mind. 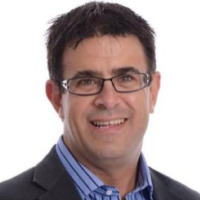