Changes made last year to Section 3CA of the Tax Administration Act 1953 have introduced additional reporting requirements for some Australian companies. Let's run through what you need to know for your affected clients.

The aim of the legislation is to improve tax transparency for multinational entities and large privately-owned organisations by requiring them to lodge general purpose financial statements (GPFS).

The changes affect any entity resident for tax purposes in Australia, which is part of a Significant Global Entity (SGE). A SGE is a group of entities consolidated for accounting purposes, with annual global revenue and other income of more than $1 billion.

The size of the Australian portion of the entity isn’t relevant; the SGE status is assessed based on its total global income, even if a very small or dormant Australian entity is part of the overall group.

For entities that already lodge GPFS with the Australian Securities and Investment Commission (ASIC), no additional reporting requirements will apply. Those that either currently lodge special purpose financial statements with ASIC, or do not lodge at all, will now have to lodge GPFS with either ASIC or the ATO.

Any reliefs or exemptions that were previously available no longer apply and all SGEs must lodge GPFS or face non-compliance penalties in addition to penalties outlined in the Corporations Act. This means an SGE entity that fails to lodge accounts may therefore be subject to two separate penalties: one under each Act. The maximum penalties have been increased and can be as high as $525,000 in some instances.

The specific reporting requirements set out by the ATO are:

For example, consider a large, privately-owned Australian company with several subsidiaries in Australia and other countries with a consolidated revenue of $1.5 billion. This company previously lodged special purpose financial statements with ASIC and, therefore, did not consolidate its subsidiaries. However, because this company is an SGE, it will therefore have to lodge GPFS with ASIC or the ATO for the year ending 30 June 2017 and subsequent years. It can prepare a single set of consolidated financial statements, which may be lodged by each of its Australian subsidiaries to meet the new reporting requirements.

In another example, an Australian proprietary company with a revenue of $50 million has previously lodged special purpose financial statements with ASIC. It is 100 per cent owned by a Singapore-based private equity fund, which prepares international financial reporting standards (IFRS) financial statements, but doesn’t consolidate the Australian company, as it takes advantage of the exemption for investment entities under IFRS 10 Consolidated Financial Statements. Since the Australian company isn’t consolidated for accounting purposes, it isn’t classed as an SGE and, therefore, there is no requirement to lodge GPFS with ASIC or the ATO. It may continue to lodge special purpose financial statements.

Where GPFS are prepared in a foreign currency, they do not need to be converted into Australian dollars.

Where an Australian company has subsidiary companies, either inside or outside Australia, it will need to comply with Australian Accounting Standards in preparing the GPFS. This includes applying the requirements of AASB 10 Consolidated Financial Statements and, therefore, preparing consolidated financial statements including the results of all entities that the parent entity controls. These consolidated financial statements may then be submitted to the ATO on behalf of all Australian entities within the consolidated group; there is no need for an individual GPFS for each subsidiary. However, each company, or tax-consolidated group of companies, will be required to lodge these GPFS when they submit their income tax returns. Special rules apply when an entity joins or leaves a tax-consolidated group during the year.

Many Australian proprietary entities incorporated under the Corporations Act 2001 may be an SGE as a result of being a subsidiary of a large multinational entity. In such instances, the Australian entity may either prepare its own GPFS or provide the ATO with a consolidated GPFS prepared by the parent entity (as long as the GPFS is prepared in accordance with Australian Accounting Standards and explicitly state this fact). The requirement for the foreign parent entity accounts to comply with Australian Accounting Standards is waived for the year ending 30 June 2017 only, as part of transitional arrangements.

The deadline for lodgement of GPFS is 31 March 2018. In subsequent years, the deadline will be on or before the day that the income tax return is required to be lodged.

There is no requirement for any financial statements to be audited but they must comply with Australian Accounting Standards or, in some cases, CAAP. There is no change to the audit requirements under the Corporations Act and entities that are currently audited under this Act will need to continue accordingly. 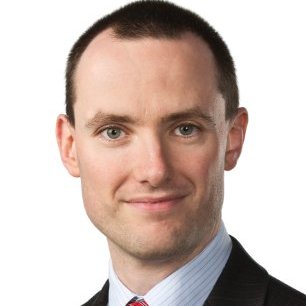