What the history of accounting says about its future

Accountancy has gone through many fundamental changes through its 11,000-year history. Understanding those changes helps us understand how to influence its future.

The duties of an accountant have evolved significantly throughout history. In approximately 9,000BC, the hottest technologies of the day were agriculture and animal husbandry. Humans had just discovered how to domesticate animals and plant seeds and for the first time in human history, we had more than we could carry. Humans transitioned from a nomadic life to a settler’s life. Suddenly, the need to count heads of goats or kilograms of grains in the granary became important to operating a farm, tribe or village.

Around 3,000BC we saw the emergence of the shekel and other early forms of currency and stores of value. People were no longer trading goods solely in kind and instead were using currency as an intermediary. This added complexity changed accountancy again and arguably gave birth to the practice of bookkeeping to prevent theft and fraud, and also allow for forecasting to make sure there was enough food and money to survive the winter.

In around 1,000BC we start to see the emergence of markets in Ancient Egypt as the barter system slowly gave way to the merchant system. Merchants needed to know how much they made, how much they could spend and how much they needed to save.

The duties of the accountant changed again in Ancient Rome around 50BC. There is evidence from the Res Gestae Divi Augusti that Augustus Caesar had detailed financial information on his empire, which he used to make military decisions and also used for taxation purposes. It is likely that around this time accountancy transformed from an activity performed solely by an owner operator to an activity performed by a skilled professional, collecting data on the empire.

Flash forward now to 1494 when Luca Pacioli published Summa de arithmetica, geometria. Proportioni et proportionalita which contained the first written description of bookkeeping used by Venetian merchants during the Italian Renaissance. This was the birth of double-entry bookkeeping and Pacioli warned that a person should not go to sleep at night until debits equalled credits, something many of you would be all too familiar with.

I could go on to explain how the formation of the Dutch East India Company or the founding of the Institute of Accountants in 1854 in Glasgow each again shaped accountancy but the point is this: every time a new technology or method is discovered, accountants count something new. It started with counting livestock and grains and moved to revenue, then assets and liabilities, then profits on behalf of shareholders and so on.

Imagine a logistics business that transports goods around the world, primarily with cargo ships. Currently, that business needs to co-ordinate with both port authorities at departure and destination, customs agents, land transportation providers, governments and other ocean carriers. Processing documentation for one shipping container is estimated to cost around twice the actual transportation cost. It is a web of entities with little transparency, and a lot of bleed in inefficiencies, due to the complexities and the point-to-point nature of communications.

Now imagine that this company used a permissioned blockchain; an immutable, incorruptible, transparent ledger to administer all of their documentation and information on the status of goods. This ledger would be accessible by all entities involved in the transportation of goods.

The logistics company is contracted to ship a container of flowers from Mombasa, Kenya to the Port of Rotterdam. Shipping from Mombasa requires signatures from three different agencies and six different documents to be executed. When the first document - the packing slip - is uploaded to the system (on the blockchain), it executes a smart contract that enforces an export approval workflow to take place. This prompts other entities to execute, sign or upload their documentation. Concurrently, the status of the shipment is being updated: empty container picked up, empty container arrived at warehouse, container loaded, full container arrives at port, full container loaded onto ship. At each event, the container’s status is updated and because it is fitted with an internet of things (IoT) smart device, it’s location is logged, and the event timestamped for veracity. Beyond the benefits of added transparency and efficiency gains, an artificial intelligence layer is examining all the data to find any correlations or aberrations that may be useful for management to know.

This fanciful example of blockchain, Ethereum smart contracts, IoT and artificial intelligence is in fact not fanciful at all. This is a real-life example of a project by IBM and Maersk and is a reality today.

If you service SMEs, then this solution is probably not within your client’s budget, but that doesn’t mean that these technologies do not apply to your clients. As with all technologies, they diffuse through society (and specifically the business sector) following Rogers’ diffusion of innovation curve. As they do, the technologies tend to get cheaper and more accessible.

Think about cloud computing, at first this was only available to larger businesses but as time passed it became cheaper and easier to adopt. The same thing will happen with artificial intelligence, blockchain technology and the internet of things. In fact, some cloud software providers already have services to enable businesses to set up these technologies with a fraction of the effort that was required even two years ago. Accountants now have the ability to count almost everything, so the question becomes: what will you count on behalf of your clients?

For the foreseeable future there will be a need for compliance work to keep clients above board. I don’t see any threat to this line of business, however, clients do not engage an accountant simply to keep them out of trouble. Accountants are trusted advisers and clients turn to them for strategies to improve their business, find efficiencies and achieve sustainable growth. Accountants have an opportunity to broaden the scope of what advice they give. New technologies are continuously proliferating through the business community and the businesses that adopt these technologies tend to flourish.

The type of accountant I want to see in the future is a fusion between a tax accountant, management accountant, business adviser and project manager. This accountant will meet with her or his clients, identify inefficiencies in the business or opportunities that can be exploited and then hold the business owner accountable for executing on the plan they hatch. It may involve liaising with technology vendors and helping the business integrate new innovations into the business's DNA. The advent of artificial intelligence will make the accountant more efficient, in turn freeing up time to allow a higher value of service to be delivered.

The number of new technologies applicable to business is overwhelming, which is why it’s more important than ever for accountants to pick a niche. An accountant focusing on retail, for instance, may hear about IoT shelves that calculate the weight of the goods upon the shelf. When the weight drops below a certain threshold, it’s time to restock. The stock clerk then receives a report of exactly what items need to be restocked, their location and quantity. The accountant may perform an NPV calculation considering the purchase price of the shelves versus time and cost savings they bring and present that to the business owner. She or he may work on integrating the software that the shelves use with the inventory management and accounting systems so that COGS and stock levels are automatically entered, saving the bookkeeper time.

Accountants of the future will count more than numbers: they’ll count weight of stock on shelves, the number of times a pair of jeans was taken to the changing room before purchase, the postcodes of customers using a heat map to determine the next franchise location and so much more. Now, advising clients on artificial intelligence, the internet of things or cloud computing is not the role of the traditional accountant and short of hiring a data scientist or seasoned technologist it is hard to find reliable advice on any of these topics. This is however, an opportunity that will be taken by someone and for me, progressive accountants can fill that void.

A lot has changed over history, but one thing remains the same: the profession will ultimately be shaped by the practitioners who embrace change and move with the market. I’m very excited to see what happens next.

What the history of accounting says about its future 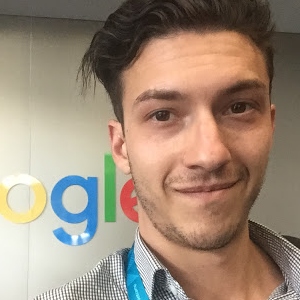