If nothing else, CFOs should standardise their processes as it can be much more influential to finance transformation than previously thought.

Nobody doubts the impact that automation can have on productivity, cost reduction and efficiency but a new study highlights that automation on its own is rarely sufficient to bring about enduring change.

The research “The Future of the Finance Function” gathered from more than 760 global finance professionals highlights the fact that process standardisation is much more influential to finance transformation than previously thought. In a word, standardisation trumps automation every time.

Out of eight different improvement criteria, standardisation leads the way in six of them, including reduction in transaction processing times, liberating more time for innovation, strategy development and spending more time on analysis rather than accounting.

That’s not to say that automation is unimportant, it is simply that standardisation is the bedrock of process improvement and needs to come first.

But CFO’s should not be misled into thinking that standardisation inevitably leads to automation. The benefit sometimes comes simply through standardisation for its own sake.

For example, one telecommunications company says that standardising on one form of consumer contract rather than four different ones brought about profound improvements. Similarly focusing on a standard chart of accounts brings about rapid improvements in group financial reporting.

Many CFOs still rely on gut feel for decision-making, despite the vast sums that have been invested over the years in management information systems. In a nutshell, businesses that embrace standardisation are much less likely to rely on gut feel.

It’s not immediately obvious why this should be the case but one interpretation is that standardisation leads to confidence in the consistency of information and this is why decision makers are content to rely more on standardised processes.

Of course a more robust data-driven approach to decision making is not infallible, especially in the accounting world. Professional judgement and experience can bring valuable context and texture to decision making that data alone cannot provide. But businesses need to seek a balance and using data that nobody trusts is the worst of all worlds.

Automate for speed of decision making

So where does automation fit in? Automation is the ‘icing on the cake’ once all of the benefits of standardisation have taken root.

Decision making can be enhanced even more by linking (and automating) front and back office systems. Depending on the industry sector this can take various forms, for example, linking e-commerce front ends, customer relationship management and point-of-sale systems to financial data.

The impact of threading all of the information together across the process has a direct bearing on the accuracy of forecasting. It seems that melding operational information directly, dependably and quickly from the ‘sharp end’ of the business with up-to-date financial information brings more meaningful and accurate insights.

So, for CFOs seeking to play a fuller role in business partnering and strategy development, getting their own house in order is a high priority. Standardisation, followed by automation and linking front to back office systems is crucial to enabling CFOs to pay a full part in the modern finance journey.

The challenge is persuading and influencing the rest of the C-suite to share in this vision and to give investment in core financial systems the same emphasis as investing in the customer experience, new products and factories. 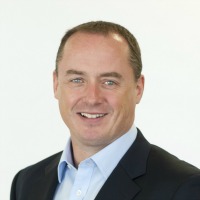